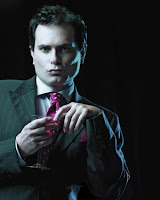 THE SYDNEY THEATRE COMPANY present THE LA BOITE THEATRE COMPANY and their production of THE NARCISSIST by Stephen Carleton at the DRAMA THEATRE at the SYDNEY OPERA HOUSE.

I did not think that I could be more depressed than I felt during and after attending last night’s performance of THE NARCISSIST by Stephen Carleton at the Opera House. Then, I woke up this morning and heard the 7am news bulletin about the new NSW Police Minister, Matt Brown, who had "quit the state cabinet just three days after being promoted" as details emerged of behaviour that were deemed inappropriate for a member of cabinet. My depression deepened. The elected Government of my state just seems to be made up and led by "Cowboys". In the final scene of THE NARCISSIST, the narcissist himself, a character called Xavier, after a career as a spin doctor for a media organisation, decides that his next career move will be as an elected member of government. The final moments of the play has our Xavier with an election poster – a huge photograph of him with the slogan “Our Xavier” beneath it. He “pulls out a texta and scribbles a moustache over it. He is about to exit then thinks again. Heads back to the poster and writes ‘POOF’ across his forehead. Winks at it. Exits.” Why a playwright in the year 2008 would think this was satire and/or funny is beyond me. It is a wildly antediluvian and inappropriate gesture. As this behaviour is supposed to be that of an approved candidate for government, (albeit fictional in this case ) it was a sad question I asked myself as I lay there in my bed “Is this Art reporting on Life?” or "Life imitating Art".

There used to be joke as your plane was coming into land in in the summer months. An announcement would be made that time was one hour behind the rest of the eastern states, someone would always add “and twenty years behind in every other way.” I really thought that had changed. After all our Prime Minister and Treasurer come from up there. This play reminds me of the old commercial comedies like MOVE OVER MRS MARKHAM or THERE IS A GIRL IN MY SOUP. Then, funny sometimes hilarious. Now: Sexist, Racist, Discriminatory victimisations of easy targets passed off as comedy. If this play is what Robyn Nevin thought was a worthy representative of that culture up North and felt worthy to be in her final program of 10 or 12 play selections, that would it be suitable and necessary, considering the world wide repertoire of other possibilities, for a Sydney Theatre audience in the year 2008, it is a good thing that she has retired. Otherwise like Matt Brown she might have been asked to step down because of “Inappropriate Choices in her decision making”, for this is an embarrassment in so many ways. (One of which is that it was programmed into the Drama Theatre of our eighth wonder of the world - The SYDNEY OPERA HOUSE a destination for international visitors, some of them Culture enthusiasts.) PFFFFFFFT!!!!! What does it matter, really?...... Well, really?..... After all this play has been around for eighteen, months and although it is presented here as a contemporary comedy/satire, why certain local Christian Organisations or the Gay Lobby are not picketing the theatre in protest (we know why the politicians and media organisations aren’t), demonstrates just how marginal the theatre is in Sydney or Australia to its main preoccupations.

In the program Stephen Carleton muses that when La Boite commissioned him to write THE NARCISSIST, "I decided to raid the larder of European theatre’s comedy tradition to find the right form for what it was I was trying to say politically. I read a lot of Jonson, Moliere, and Sheridan, through to Wilde." Mr Carleton in his biography tells us that he teaches playwriting, dramaturgy, postcolonial and Australian drama at UQ. () Now, what I would like to propose is a task. That Mr Carleton set an essay for his students which he, his director and “dramaturg extraordinaire”, Mr Ian Lawson, Ms Nevin and the Artistic and Administrative government of the STC and any of you who might like to participate in as well. Here is the Essay Task; Choose two of the following: Mr Jonson’s THE ALCHEMIST; Moliere’s TARTUFFE or THE MISANTHROPE; Sheridan’s THE CRITIC or THE SCHOOL FOR SCANDAL; Wilde’s THE IMPORTANCE OF BEING EARNEST; Simon Gray’s BUTLEY or Christopher Hampton’s THE PHILANTHROPIST and compare the similarities and differences to Mr. Carleton's THE NARCISSIST. If we want to go to a play that is actually contemporary include Polly Stenham’s THAT FACE. (Written at almost the same time.)

The writing in this play has a good sense of farce structure but the writing of the characters lacks depth and insight, the comic "gags" and exchanges hardly rise above university revue wit: facile and/or plain offensive. The actors in this production should be given medals of honour for sheer bravado and skill as they desperately rev themselves up to keep this thin piece of trivia afloat. In fact the two women Andrea Moor and Judy Hainsworth are worth watching to see the power of will and technique over slender material to create some semblance of believability and comedy. Of the men I thought James Stewart gave a terminably stupid character a real basis for existence other than as a function for the writer.

If this text was chosen because it was A: an Australian Play and B: it was a comedy, might I suggest that the presentation of a rarely seen (at least in , , and get to see more of her output then us) contemporary Australian writer Joanna Murray Smith’s THE FEMALE OF THE SPECIES might have served that need. I’ve read that play and in my humble opinion is a far worthier contender for that space that THE NARCISSIST occupies. Why wasn’t it shown? (Maybe the STC couldn’t get the rights?!!!!!)

This is not a Co-Op production. This is a production of ’s leading professional company.

Posted by Pearly Productions at 11:56 PM

I don't understand your reference to Polly Stenham's 'That Face'?...

I've been quietly awaiting your post on the Narcissist. I saw it here in Brisbane just before it transferred to Sydney. I was profoundly disturbed, though everyone else in the room seemed to be having a fabulous time. Glad to hear I'm not the only one. It should be noted the actors make a terrific fist of what is little more than a sit-com for the stage. The writer and those who programmed it both here and in QLD should be held to account. A travesty.

The reference to THAT FACE. To me the mother character appears to be a narcissist. THAT FACE is a serious/comic examination of the consequences of the narcissism at the centre of a family. The social ramifications are sadly staggering. Something The Narcissist does not even begin to look at. There are consequences when a society finds a play like Mr Carleton’s funny/acceptable.

The play was written in the UK at the same time as Mr Carleton’s and I felt it was a reflection on the literary cultures of the two nations. What our values might be.

His name is Matt Brown, not Mark Brown.

But yes yes yes. I was offended by this show, and felt sorry for the skilled actors who have to perform it night after night. And disturbed by the thought that anyone could enjoy it.

That day, I was embarassed to be a gay man. We don't get a huge amount of positive representation in culture, so to see such degrading stereotypes (what was that squeeky voice he was occasionally putting on?) at the sydney opera house was utterly appauling.

Thank god for a review that seems to be about the play we saw!

I was less impressed with the acting than you, but my estimation of the play itself was remarkably similar. If it had been a university review my disappointment would have been less; seeing this under the auspices of the STC at the beautiful Opera House just exaggerated its inadequacies and appalling errors of judgement.

But people around us were falling off their chairs laughing! Even more shocking when I think of the people walking out of Women of Troy...