The Distance From Here 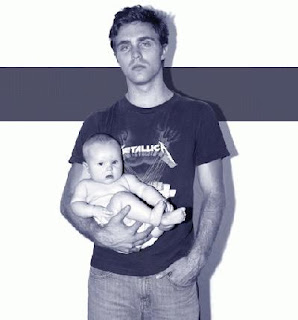 An Inscription and Griffin Independent Australian Premiere THE DISTANCE FROM HERE by Neil LaBute at the SBW Stables Theatre.

Neil Labute is a very prolific playwright. This year he has premiered a new play THE BREAK OF NOON and has just reworked a recent play, 'reasons to be pretty' and directed it on Broadway (his first Broadway showing) to good critical response. Ten plays ago, in 2002, he wrote a response to the September 11th 2001 World Trade Center attack, THE MERCY SEAT, and also, in 2002, THE DISTANCE FROM HERE.

THE DISTANCE FROM HERE is an atypical play of Mr Labute. It deals with an underclass of the United States of America. It is written from some closely held observations of his own growing up as a kid in middle America. He disclaims it has any autobiographical specifics but he remembers young people like these characters well.

The usual slow structural unwinding and often culturally familiar scenes that typify his writing of wry and cruel comedy that culminate in a terrible and usually surprise twist is eschewed here.(eg.THE SHAPE OF THINGS, "some girls".)

This play is a close study of a part of the American dream that functions on the edge of poverty, barely holding it's head above the water line. It has a more conventional and realistic agenda. Comedy, at least in this production reading, is not evident. It is a grim revelation. It shows us a "family" that has a single mum, a son, a step daughter and her crying baby with a live in boyfriend. KFC features in the family diet. Cars and track car racing, non-stop television, features as the pre-occupying entertainments. This is a modern American family that we don't much see of in American fiction. The son, Darrell (Anthony Gee), still in high school, has been cock of the walk in his little circle but is now at that teenage turn in growing up of seeing others who were once his admirers changing and leaving him behind. Used to bullying his way to stay on top, that power is vanishing and he begins to find himself alone, not the centre of the world any longer. His, unconscious messianic conception, is dissipating. His best friend, Tim (Benn Welford) and his girlfriend, Jenn (Lotte St Clair) are trying to"do good" at school. Maybe, she even likes Tim more!! He discovers his girlfriend has been taped in a sexual encounter, he feels jealousy and treated badly. His sense of entitlement is fractured. And further he learns from his mum, Cammie (Jeannette Cronin) as he partly watches the the inanity of television: "Truthfully, I don't recall that much about you. Really growing up... I mean, you, just as an individual - you never really made that big an impression." Spurned, envious, jealous he decides to be remembered and he kidnaps and murders a baby by throwing it into the Seal Pool at the local run down zoo. The dark psychological underpinnings of the mental motivations of the disenfranchised youth that have lead to the school and university shootings in the United States(and elsewhere) creep into the picture: I exist. Pay me attention. Pay attention. "Attention must be paid." Mr Miller warned us in the shattering of the American Dream in DEATH OF A SALESMAN.

Labute has acknowledged one of his impulses of inspiration was from Edward Bond's SAVED. SAVED, from the late sixties, is set in England, "in a legacy of neglect and hostility" and it too has the death of a baby as its horrifying consequence. The aftermath, too, has tragedy writ large. This is not a very easy, or pleasant night in the theatre. Certainly, the original critical response to the Almeida Theatre Company production in 2002 was divided between horror and revulsion and, yet some, still, with an admiration for the writing.

This production by John Sheedy does not have that kind of divisive impact. The director and his designer (Set and Costumes: Simone Romaniuk) have come to a solution that appears to be set in a more affluent world than the one of the play. The design is neat, tidy almost "beautiful" in its pared back aesthetics. The sense of neglect or the smells of the baby, its puke and shitting, do not seem to part of the conception. The colour design of the walls are formally co-ordinated. The furniture fairly cared for. It could be mistaken for a fashion magazine lay out for the down and out. The world looks and feels like THE PARTRIDGE FAMILY in its playing and I suspect it is more likely to be ROSEANNE. Blue collar not white collar. The clothing looks to be from the Gap (a middle range cheap but designed clothing department store in the US) at least I reckon Old Navy, the cheaper clothing range, and very Old Navy indeed. The world of the production is not in sync with the world of the play. And could Mr Sheedy have found a more handsome, physically beautiful cast? It all looks to glamorous. This should be an urban poverty, cheaply dressed and malnourished, in the manner perhaps of Roseanne and Dan, (Obesity featuring) and in this case study, also emotionally deprived in every way. I recently remarked on what I thought was design "slumming" in LADYBIRD at B Sharp, but this is worse. It's good taste undermines the play. The trailer trash world of last year's KILLER JOE production (at B Sharp) is what is needed here. A visceral sense "of neglect and hostility" engendered by poverty and a desperate living.

The acting feels generally awkward, the world not really imagined or inhabited believably. The best work comes from Lotte St Clair and Benn Welford. Whenever they are on stage the world seems to be grounded and communicating to an audience. Experiencing vividly. However, none of these actors supposedly playing high school teenagers appear or even register the age of the character (Having a young actor, more realistically acceptable age wise, Sophie Hensser, playing a small role, only emphasises the visual problem). They look and behave as if they were at least at college level of physical, if not emotional maturity. The impact of the young high school teenagers being so damaged is not in the schemata here. These actors generally appear to be much older so that the horror of some neglect of the "child" who then kills a baby is not really registered. Unfortunately the vocal communication of the leading protagonist Darrell (Anthony Gee) is not always discernible and it communicates with a generalized sense of attitude rather than a detailed use of the language to reveal the story. As a result there is a disengagement from the character's accumulative journey to calamity. The play retreats into an objective observation exercise instead of the full-on shock of real subjective truths of some parts of the contemporary world as we as listeners scramble to make sense of the sounds of Darrell's speeches.

On re-reading this play in preparation for the production, I was dreading the world that Mr Labute had written. This production failed to present it. The night was easier than I expected. I, still, left the theatre depressed, but not for the reasons that I had anticipated. All of these artists have a resume of some high standing and so my disappointment was more personal than that of the cruelty of the lives of the human beings of Mr LaBute.

(The Sound Design by Kingsley Reeve was outstanding).

The opening image of the poverty of the lives of imprisoned apes in a rundown world and the pathos that struck, allegorically, was not fulfilled.