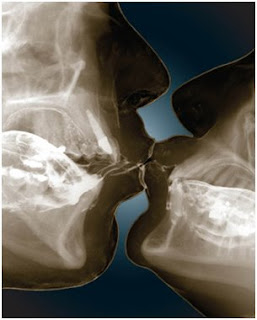 On a setting (Set and Costume design by Renee Mulder) that has simply stripped back everything to a bare space with an acting area surrounded by tubed lighting strings and then further closed in by a marked out oblong live-playing space with a minimal set of furniture and props, lit (sometimes under lit) with a very attractive design (Joshua Emanuel and Matthew Tunchon) the director, Sarah Giles, has guided a very committed set of actors through a thoroughly engrossing well made tale by British playwright, Peter Whelan. It is aesthetically pleasing. Simple and uncluttered. (There are some directorial impositions to the flow of the play but they are slight.)

THE HERBAL BED, (1996) has had a production at the Sydney Theatre Company several years ago. It concerns Susannah Hall (Fiona Pepper), the daughter of an ailing William Shakespeare, and her husband, Dr John Hall finding themselves embroiled in the machinations of the fraught world of a growing Puritan church and the human but illegal sexual urges of the parish at Stratford.

The play exposes the issues of truth, moral responsibilities and the quagmire that one may find oneself in once lies are told to cover even a relatively innocent incident. A lie leads to the need for further lies each more criminal than the prior. The web of deceit spirals into strange and dangerous twists of moral turpitude. The morality of the characters and their desperation darkens moment by moment and unfortunately they are basically good people and we hope that they get away with it. They do and we are relieved, but the world is no longer the place we once thought it was. Even we, the audience, become implicated in the mire of the events, for we are happy that they have got away with it. The text has echoes of the issues of many an Ibsen play (eg. GHOSTS) and a touch of Arthur Miller's rectitude debates (eg. THE CRUCIBLE ). It is a complex but absorbing night at the theatre. The structure of the play is very strong and the characters and their dilemmas, weaknesses, and solutions are all too recognisably human. Written in 1996 the resolution of the play is tauntingly ominous when seen in 2009. What should we excuse? And can we do so, without real and catastrophic consequences?

Sarah Giles has directed a very focused and tight elucidation of the text. Her actors are very secure and clear in their creations and the tasks that they have in the story telling. Keith Agius is outstanding as the severe husband and practical doctor. The mask of strength of moral rectitude is beautifully balanced by a man consciously forced to move his moral principles to prevent disaster. The understated dilemma and agony that Mr Agius secures is truly wonderful to watch. Here is a tragic figure revealed with delicacy and insight. Rick Cosnett, Gemma Yates-Round, Jamie Irvine, David McLaughlin and Dave Kirkham have the rigour and clarity to reveal the inner fragilities and struggles of their characters. Ms Pepper has the energy and will but not the vocal flexibility to match the others. It is a shame as Susannah Hall is the fulcrum on which all turns.

Still, a very satisfying night in the theatre. At last.
Posted by Pearly Productions at 11:52 PM