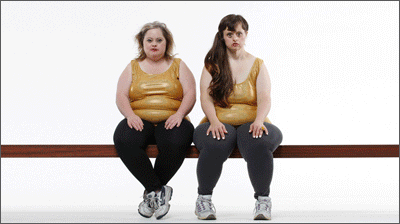 BACK TO BACK THEATRE is a company that has its base in the City of Geelong in Victoria. The company last presented work in the 2007 Sydney Festival: “Small Metal Objects”. In “Small Metal Objects” the company worked in the real space of life (In Sydney at the Circular Quay Ferry, Bus and Train stations. In Melbourne, Flinders Street Station.) This new work is “returning to the 'theatre' proper” i.e. a formal, traditional theatre structure – a stage.

Improvised, devised, written and performed by the actors and director, it is devastatingly brutal and sad – even more so than usually experienced in the theatre because these actors are from a special marginal group in our society.

The technical imagery: stunning black and white animation manipulation of forest-trees and moody coloured lighting effects viewed through a large opaque wall (on which is projected the text spoken by the actors) is truly beautiful, but, thankfully, it also provides a gratifying distancing to the horrid scenario. Two young girls verbally abusing and bullying and forcing a strip to nakedness of one of their peers, forcing her too dance in front of other witnesses, ending in a physical thrashing and kicking assault, to just a heavily breathing inert body. It is eerily beautiful and repulsive in the same instance. (What would our Prime Minister make of this expression of Art? Or the Bill Henson critics? Or the Chaser War on Everything censors?) A third person finds the victim and expresses his want of sexual needs and an ultimate ambition to make films and “be rich”. The sinister overtones of this expression of our contemporary Australian culture from these actors is full of sadness and despair. It concludes with a rendition by the victim of one of Caliban’s speeches from THE TEMPEST (Act three, Scene two. The scene where Caliban, the “monster” plots with Stephano and Trinculo the murder of Prospero, the burning of his books and the bedding and breeding of a brave “brood” with the enforcing of his daughter, Miranda!!): line 133...

“Be not afeard; the isle is full of noise,
Sounds and sweet airs, that give delight, and hurt not.
Sometimes a thousand twangling instruments
Will hum about mine ears; and sometimes voices,
That, if I then had wak’d after long sleep,
Will make me sleep again: and then, in dreaming,
The clouds methought would open, and show riches
Ready to drop upon me: that when I wak’d,
I cried to dream again.”

He asks us to be not afeard, but if this is the world of these people then I am "afeard". Very "afeard". In fact I was at first angry, then despairing and ultimately sad. Sad that if this is the world of these artists, that they have need to show us (and they must) then it is a world that we should be ashamed of. The care we should have for our future generations needs to be examined, rigorously.

(Contextually, I came to this performance after a series of performances where Children have done heinous things. At the Old Fitzroy in Denis Kelly’s DNA, a group of children bully one of their peers, create a scenario that destroys innocent lives and ultimately murder their victim; at the Griffin Stables, Neil LaBute’s THE DISTANCE FROM HERE, where in emotional frustration, another child/man drowns in a Seal pool at the zoo, a baby; and at the Belvoir B Sharp Downstairs space a young woman attempts to insight a friend into a most horrid deed amidst the wreckage of a youth culture in a disabled nation state (LADYBIRD By Sigarev). I had just finished reading THE KINDLY ONES by Jonathan Littell where a whole world of villainy in war is ‘filthily’ told in an absolutely compelling storytelling voice, culminating in a section where children have gone berserk with no moral boundaries, murder and rape (LORD OF THE FLIES multiplied hundredfold); and then embarked on an Australian novel for young people called JASPER JONES by Craig Silvey, which begins with two young teenagers finding a corpse of a young female peer hanging from a tree. The culture of the young in such distress. To then witness these special young actors in a scenario of such sadness was especially provoking of despair. Is this mission of the theatre? It seems so at the moment. Intensely so.

The young actors give a concentrated and intense focus to their work. In the Elizabethan sense it is truly wondrous - of wonder. This is a feat that is, again in the true Elizabethan meaning: terrifying - of terror.

The curtain call on the night I attended had all the pathos of contrast to the production itself. The Necks (having played brilliantly, live, as usual, in support of the actors and scenario) and the young actors gave a call. The natural responses of the artists to this unscripted time was telling and persuasively honest. It highlighted the performance, by contrast, achievement of the actors, if not fully justifying the content of the play for this group, for me. Others in my audience were moved by the “beauty” and some identified with the first hand knowledge of marginalised victimisation. Provocative and grief making.
Posted by Pearly Productions at 8:13 PM

Hi Kevin,
You mentioned this to me yesterday at the front desk. This sounds like a truly moving experience, one I am sorry to have missed. I hope that through these various shows you mention that deal with similar themes there is a growing community awareness of the problem, and some possibility of change. Is that something our theatre can honestly achieve?
I do hope so.
L