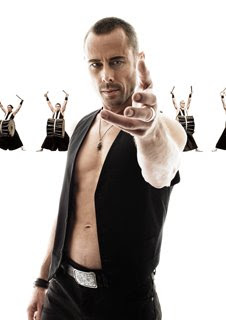 Norrie Epstein in his book THE FRIENDLY SHAKESPEARE in his discussion of the Tragicomic Romances begins: “Fantastical, superficial, artificial, improbable, impressionistic, inferior, miraculous, boring – or the best: no one can agree on the merits of Shakespeare’s romances. The eminently reasonable Dr. Johnson dismissed them as foolish, and they are. But, in the words of the playwright Dennis Potter, they are “sweetly foolish”. With PERICLES, CYMBELINE, THE WINTER’S TALE, and THE TEMPEST we enter Shakespeare’s final period…… All the great Shakespearean themes come together at the end: theatrical illusion and its relation to life, the conflict between appearance and reality, the discovery of the self, the capacity of art to transform terror into beauty, and the power of love to heal.”

In my experience of these plays the magic improbabilities of the reconciliations of THE WINTER’S TALE (the finding of a lost daughter and a statue of a dead wife coming to life!!!!!), all the coincidences of the storytelling of CYMBELINE and the joyous restoration of Imogen and Posthumus and the Roman brothers are risible but magical and energizing. (THE TEMPEST is the play that I most resist as yet in my play going experience.) In the many, many productions of PERICLES that I have seen, going as far back as Rex Cramphorne’s in the seventies/eighties, and around the world, in the UK and the USA, I am inevitably moved by the famous last act: the restoration of Pericles to his wife, Thaisa, and his daughter Marina. So, too, in the Bell Shakespeare I was transported to tears and a soft spot of being human and relishing and indulging my emotional capacities. John Bell (the Director), in his program notes believes that in these restorations Shakespeare was “Inspired… to some of his greatest poetry. The meeting of Pericles and Marina is unsurpassed in his work”, he says. Certainly, in this production, when the director allows the writer and the actor to take centre stage it works transportingly.

The historians believe that Shakespeare had little to do with the writing of the first two acts and in the compelling story telling of the final acts, when the words are powerful enough to hold our attention, this production is best. Thank goodness for Shakespeare then, and thank God for John Gaden, a miraculous commander of all his responsibilities, incisive intelligence and verbal skills illuminating with narrative clarity all he spoke (as Gower / Simonides / Cerimon) and to the pulsing risks that Marcus Graham as Pericles took with his creativity, the emotional heights and verse speaking, matching each other in an heroic style that was interesting in its expression, mainly because other contemporary actors do not often take flight into such unconventional but in this case laudable heights of emotion or expression. Beside Mr Graham, the simple and direct and centred reading of Andrea Demetriades as Marina was delicately and purely rendered and serenely complimented the offers of this Prince of Tyre at these magical restorations. Most of the other acting was underlined with a strenuous effort to speak both the sense clearly and technically. The craftsmanship of the actors hardly unleashed into transformative action, it was generally ugly to hear and mostly effortful. Laboured and earthbound. As in the recent Bell Shakespeare production of THE ALCHEMIST the sounds of this company is nowhere near matching the demands of the writing or its style. The heightened language images and the demands of the form, generally, defeat the company.

The Bell Shakespeare in working in association with TAIKOZ on this production may have locked themselves into a series of decisions that I found, calamitous. TAIKOZ ,an important and wonderful Australian group of musicians have developed a reputation for their artistry in independence and collaborations. However, in this case, as in the collaboration that the company had with Meryl Tankard, a few Sydney Festival’s ago, on KAIDAN: A GHOST STORY, in this very same theatre, their presence seemed to demand that they be used. In both cases, maybe, too excessively. As well as this, the sound of the music is derived from Japanese traditions and the drumming and the shakuhachi, is overwhelmingly Asian. This seems to have influenced the Design decisions (Julie Lynch) and the look of the costumes and set were decidedly and very oddly, very Asian, and yet this work is most emphatically, in text and location in the Southwestern Asia of the Mediterranean, in the time of early western civilizations. The look of the designs both set and especially costume are luridly ludicrous and the lighting (Gavan Swift) garish in their transformations. The physical movement (Gavin Robins) is precious (the walking out backwards drawing attention to itself), and, on the night I attended, scrappy and unconvincing, much like the early text of Act One and Two of this play. ( The movement, maybe, was an attempt to cover the frailty of the writing.) It is all, magnificently, a puzzlement. And very disconcerting. One is truly grateful for the simple choice of trusting the writer and the two principal actors of the last Act. No Music, and no costumery and a simple white/blue lighting state to support the verisimilitude of the moments.

The audience I was with applauded immensely. The schools were surprised. The purists should keep away.

Playing in Sydney now until 1 August.
Playing in Melbourne 6 - 22 August at the Arts Centre, Playhouse.
For more information or to book click here.

N.B. I caught public transport to the Opera House. I paid cash for my ticket. I paid $60 for my Bell Shakespeare ticket. On the ticket it was $60.00. But on my receipt butt it was $65.00. I was, as usual, charged by the Opera House Trust $5.00 for purchasing in person, in cash at approximately 7pm, half hour before the performance, a ticket and the need to sit in a theatre that they have already rented at cost to the production company. A double dip? Is this an extra tax for those of us who wish to patronise the arts in this venue on top of what I already pay in my revenue donation through taxation? Do the renting companies know of this extra cost to their patrons who attend their work in this building? Do the rentees regard the possibility that I might not attend because of this behaviour? Would they consider using another venue to prevent their customer from being financially penalized to see their work or are they collusive with the renters? Do they get a percentage? Is this just a rip off of the Sydney patron or the innocent tourist who ignorantly just want to see anything at this world famous site? A $5.00 rip off of every customer must be lucrative for the trust. Would the trust reveal its weekly revenue skim off? I strenuously object to this unexplained practice.

I should confess that I have boycotted all but the really necessary performances at the Opera House and warn my friends of the outrageous taxation. If a show can be seen in another convenient venue I do. So what was once a free perusal of risk taking attending in their own programs, I generally now ignore all the brochures sent to me endlessly by the House. So should we all until a satisfactory explanation is given.
Posted by Pearly Productions at 11:06 PM