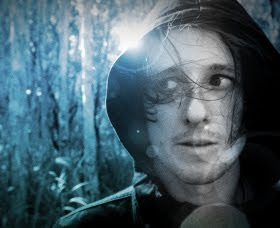 What is an actor? A perennial question that is the most asked and the answer, fundamental, to the role of that artist: He /she, the actor, is a story teller. Whatever the medium: theatre, radio, film, television, the responsibility of the actor is tell the story. Using, what is always an innate gift and need, the actor employs all of his talents/skills to tell a story to his “tribe”. The history of the story teller is as ancient as the history of man. “The difference between men and animals is that men tell stories.” We have told stories to help us understand the world around us. To help us stabilise the events that happen in the context of our own existence. To reassure and guide us. The contemporary world needs contemporary stories of guidance just as plainly as yesteryear, to guide us through our life and times.

SILVER written and performed by Matthew Whittet is an example of the gift and need of the actor as story teller. It is a very exhilarating experience. The story that Mr Whittet has written, connects us to the childhood joys (and for some of us, as adults, still), to the Gothic stories of say the Brothers Grim, Hans Christian Andersen and others ,right up to my personal contemporary favourite Angela Carter. It concerns a young person in an imaginary world, whom we identify with, and then begin, after an encounter, that precipitates a “call”, “into a series of adventures or experiences” which transform our heroine’s life. Conflict and uncertainty follow and we finally, exhaustedly, move onto a resolution. I have kept the particulars of Mr Whittet’s story absent for it is in the twists and turns and surprises and thrills of the story that are integral to the “in the moment” enjoyment of the story. Suffice to say that the story is, mostly, engrossing.

Matthew Whittet, directed by Ben Winspear have “developed with the participation and support of Company B’s B Sharp development program, (and) made possible by the Macquarie Group Foundation” this work. Both these artists, as one can see by their resumes in the program, are very experienced and have practised in a wide context of skills. Mr Whittet is one of those artists that has fairly constantly worked and contributed with great intelligence and skill to the enjoyment of his audiences, in Sydney and elsewhere. But mostly is not remarked upon. He is what some people might call an actor’s actor. In other words, an actor that other actors admire and know about in admiringly favourable terms. His skills are exemplary and are only exceeded by his modesty. SILVER, then, as a solo piece throws the spotlight onto Mr Whittet. Here, Mr Whittet’s skills are on show, undiluted for all to absorb.

The Downstairs venue has had its seating capacity divided in half. A great black wall, similar to the actual wall of the venue, looms over us, and we, the audience, are in a corner wedge of seating and after a blackout confronted, at close hand, by the seated actor, in casual contemporary clothes, on a non-descript chair. A CD unit, seemingly connected to a wall fitting, is the only other element in the space. Never ever leaving the chair, Mr Whittet begins a 55 minute story. His virtuosic vocal skills (demonstrating what his voice teachers may have taught him: pitch, pace and volume) and empathetic facial and body impulses, connected to a highly imaginative, deeply connected imaged thought process, whisks us away to the world of his protagonist and we experience a tale, so vividly conjured that visual image after visual image connects us to the emotional, surprises and shocks and reliefs of the adventure. We participate in the imaginative telling viscerally.

The direction of Mr Winspear is unobtrusive and the simple but beautiful lighting of Nick Schlieper is a major element in the comfortable organising of our attention. (The final fade out gorgeous for it’s detail – or did I just imagine it?)

On the whole, the story teller and the story telling is thrilling, especially as an object lesson of a consummate actor at work. The story for all its detail, and beginning, middle and end, is still, vaguely, unsatisfying. It is not that it is inconclusive or puzzlingly odd at its conclusion, just that it feels not whole. An element is missing - what may it be? I had had an adventure, both imaginative and emotional but to what ends? The Brothers Grim, the quoted inspiration, always had an ending that gave the story a life depth, something to take away to help guide us in our own travails. I am not sure what the lesson is or was it just a rollicking yarn?

Whatever, it is worth catching.

Playing now until 25 October.
For more information or to book click here.
Posted by Pearly Productions at 10:27 PM

So wonderful to read this review of two of my favourite australian talents.

Wish I could have seen it!