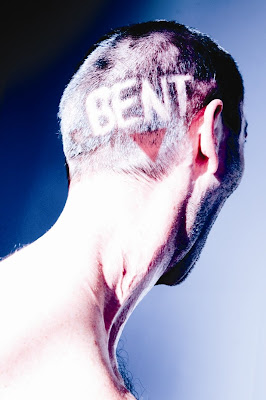 Focus Theatre in association with B sharp present BENT by Martin Sherman.

The theme of the 2010 Sydney Gay & Lesbian Mardi Gras is The History of the World. BENT in my estimation, along with Mart Crowley's THE BOYS IN THE BAND and Tony Kushner's ANGELS IN AMERICA are the three most significant Gay themed plays of the last century. All three had an enormous impact on the history of the gay and lesbian communities and to the greater community.

BENT first appeared off-Broadway in 1978. In 1979 a production, starring Ian McKellen and Tom Bell opened in London. In 1980 the play was produced on Broadway with Richard Gere. It was nominated for both the Pulitzer Prize and the Tony Award. The great John Tasker directed the original Sydney production with John Hargraves. (He also directed the original Australian cast of THE BOYS IN THE BAND for Harry M. Miller with John Krummel.) The play and the writing has credentials.

"The Nazi war against Germany's homosexuals, to be properly understood, must be seen against the backdrop of the terrible tensions and social traumas that were to cause the collapse of the Weimar Republic. For the severe economic depression, widespread unemployment, galloping inflation, and bitter civil strife that were to engulf Germany in the wake of World War 1 also consigned the country's small but vigorous homosexual rights movement to oblivion. That movement, which began around the turn of the century, would reach its peak in the early 1920s, under the remarkable leadership of Dr Magnus Hirschfield..... He was convinced that homosexuals constituted a biologically distinct gender - a human being between male and female" - a third sex. Hirschfield repeatedly tried to reform Germany's laws, particularly the notorious Paragraph 175, enacted in 1871: "A male who indulges in criminally indecent activities with another male or who allows himself to participate in such activities will be punished with jail." Consumed by a kind of missionary zeal, Hirschfield wrote nearly, over the course of his life (1868 - 1935) nearly two hundred titles, books, pamphlets and polemics."

"During the Weimar Republic, the homosexual subculture had managed an uneasy coexistence with the larger heterosexual society surrounding it..... The average gay man could live unnoticed and undisturbed unless, as so often happened, he fell victim to police entrapment or blackmail..... But the sexual tolerance so often associated with the Weimar Republic (made famous by Christopher Isherwood's novels GOODBYE TO BERLIN, the source for CABARET) began to rapidly disappear as rapidly as Germany's economy began to crumble." (Lesbians were not legislated against.) The years from 1929 to the end of the Weimar Republic were years of mounting tensions. The Brown shirts, or SA, under the leadership of Ernst Roehm, who was himself homosexual "fell into rivalry with Heinrich Himmler's Black Shirts, or the SS."

It all came to a head on "The Night of the Long Knives" - the popular phrase for the bloodbath that began on June 28 and lasted to July 3, 1934, when Himmler under orders from Hitler stormed into the "Brown House" and arrested Roehm, finally executing him, and a reign of terror began against the homosexual community. Murder, arrest and relegation to prisons, which in the Nazi campaign against the "decadent" of all kinds quickly became over crowded, and ultimately to concentration camps. Dachau, near Munich, was opened by Himmler in March 1933 to exterminate Jews, antifascist, gypsies and homosexuals. Every prisoner was to be treated with fanatical hatred as an enemy of the state, based around a "Brutality Training Academy" indoctrination for the guards, welding the newly born Order of the Death's Head into a fanatical gang of bullies, imbued with hatred towards the charges they regarded as subhuman."

This then is the time of the events in the play BENT. Set between 1934 and 1936 (long before the actual war, 1939 - in PeaceTimes!!!) it concerns a spoilt and emotionally disturbed civilian called Max (Radek Jonak) and his struggle to accept himself as a homosexual whilst experiencing the basest of treatments under the hands of the Nazi regime. He witnesses the maltreatment of friends and 'lovers', even murder, he submits to the raping of a warm corpse to prove his heterosexuality and doing 'deals' manages to secure a yellow Jewish star as his prison garb badge rather than despised Pink Triangle of the homosexual, and then whilst enduring the most mundane duties as a prisoner in Dachau finds a searing proof of his inclinations in a relationship with another prisoner, Horst (Sam Haft) which engages in sex of the imagination.

Beginning in a Berlin apartment and then nightclub, chased by the Nazi regime, attempting to secure exit papers and finally living in a forest with other hunted humans, Max is captured and taken by train to the Dachau concentration Camp. All of these locations are masterfully designed with great impact and cleverness by Tom Bannerman. (Other than the second act set of the rock quarry - a little unsettling for its neatness and echoes of a Japanese zen rock garden.) The lighting design by Luiz Pampolha is also nuanced and a cause for wonder in the tiny Downstairs space.

The best performances are given by Walter Grkovic as Greta and especially the Captain at Dachau (although the singing/miming of the cabaret number STREETS OF BERLIN, almost derails the production); John Turnbull especially in a beautifully drawn characterisation of Uncle Freddy; and Sam Haft as Horst. The early scenes in act one sensitive and craftily immaculate in the drawing of the relationship with Max.

Unfortunately Mr Jonak in the leading role as Max, having to replace with little time preparation, Wil Traval, is not always believable in the journey of the character. It is, at the moment a relatively superficial enactment of the huge demands of this monumentally tragic and complex role. Mr Jonak gets us through, admirably, the narrative of the play at the moment but almost always fudges the emotional requirements of the role. This is understandable but it undermines the production and ultimately the impact of the play. Mr Haft handles the long second act, which is a duet between the two actors with great generosity and skill, supporting with empathy the offers of Mr Jonak to keep the narrative gripping and the production afloat. His Horst is moving.

Last year Focus brought to B Sharp BISON and NATURAL BORN HOOKER as part of the Mardi Gras inputs. This production benefits from the quality of the writing and Pete Nettell, (Director) honours the text and the intentions of the writer without any extraneous Directorial flourishes and with his creatives, and despite the loss of his leading actor, give a creditable night in the theatre.

BENT is culturally for the Gay and Lesbian community a landmark play that helped their community and the greater community to re-evaluate the manner in which they looked at history and the terrible prejudice and criminal persecution that the homosexual suffered beside the more well known treatment of our Jewish brothers and sisters, and other minorities. Daily repression and persecution of the homosexual continues around the world and not only in the third world but presently and hatefully in our very own first world institutions and governments. We need to be constantly vigilant and I urge all of you to witness this play to honour the history of your predecessors and memorialise and commemorate. Take our young men and women to give aspiration and inspiration.

I sat with several Jewish friends, one who is also gay, and the performance had necessarily then, an extra impact on me . Both these friends lost family and know personally survivors of this time in human history. Really not so long ago. Art and Life. Life and Art meeting meaningfully.

Quotes in this response to the production come from THE PINK TRIANGLE: The Nazi War Against Homosexuals by Richard Plant. Henry Holt and Company - 1986. NB Six years after the American Broadway production of BENT.

Playing now until 14 March.
For more information or to book click here.
Posted by Pearly Productions at 6:41 PM