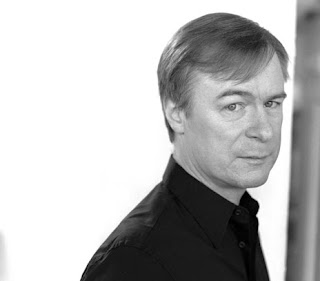 Contemporary orchestral music usually arouses my attention (Don’t I long to hear another Tan Dun performance with the Orchestra !) and so I got myself to the Monday night, 7pm concert, by the thin skin of my delicate timing- ZOOM in a bus from the suburbs and a 6pm work finish with the addition of a bustling walk to the box office (my Cholesterol walk! - my doctor may be pleased). Highly curious about the John Adams piece I thought the balance of the program, a Chopin Concerto would be graceful and restful, combined with a familiar “war horse” the Beethoven 5th would make for a reliable night of music.

The John Adams, DOCTOR ATOMIC SYMPHONY is adapted from the DOCTOR ATOMIC opera (San Francisco Opera – 2005). The Opera was shown here in Sydney as part of the Metropolitan Opera Live in HD series in 2008 -09 (?). This arrangement of the opera score (March, 2007) was taken from the overture, various interludes, and orchestral settings were made of arias like the Oppenheimer’s signature “Batter My Heart” (a John Donne poem). Originally arranged as a 45-minute score it has since been revised by Adams to just 25 minutes. It was premiered by the Saint Louis Symphony Orchestra and, as here, conducted by David Robertson.

The Symphony begins with a brass blaring and the timpani counting – it leads to “a blasted vacuum of rhythm”. The percussion section for the orchestra is immense. In fact the orchestra requirements are very large, indeed. A great deal of noise making is possible. I don’t know but the task of re-configuring material from one genre style to another must be immensely fraught with very taxing decisions, almost like the dilemma of translation/adaptation of literature. The impact of the music was one that was a mushy muddle of hodge-podgery. An opera score wrestled into a 25 minute construct that must necessarily have very different means of actioning its objectives. It seemed to lack coherence for me and largely indecipherable as an experience. It literally wafted above my head and only clamoured insistently for my attention with the pounding of the timpani, supposedly demonstrating “the enormous abyss between the humanity of the inventor and the inhumanity of the invention”. The opera reveals this great thematic endeavour. This Symphony is less successful at communicating this, for me. The huge, perhaps humanising, string section lost in the cacophony of stridency of the other instruments.

In a break between presentations the orchestral cohort shrank and the conductor, David Robertson, re-entered with a strikingly tall and large figure of a man, mature, Garrick Ohlsson, to the Grand Piano that had been centred on the concert platform. The program notes inform us that Mr Ohlsson, is a highly credentialed piano player, “regarded as one of the leading exponents of the music of Chopin (commanding) an enormous repertoire, ranging from Haydn to Mozart to works of the 21st Century”. Ohlsson is quoted as saying that he and Chopin are a strange pair, “Chopin never weighed more than 100 pounds, endured fragile health and loathed playing in public. I share none of these qualities.”

The Piano Concerto No.2 in F Minor, Op.21 was the program choice. I had never heard it before. Mr Robertson coaxed the supporting orchestra to a felicitous sound that allowed the wondrously seductive playing of Mr Olsson to radiate beautifully. The whole of the piano playing was ecstatic making, but for me the Second movement was particularly rapturous. Poignant. Breathlessly delicate and transfixing. The maturity of the musician emanated skill, sensitivity, knowledge and a great sense of seeming to be in a constant spontaneous choice of the configuration of the notes as they cascaded in communication to us. All in all, Mr Olsson had grace. Has grace. The grace of the accumulated wisdom of a practiced artist enjoying the opportunity to do what he loves. The personality of this older artist subsumed and exemplified in the exquisite joy of simply playing ‘spiritually’ the inspiration of Chopin and his music. The music was all. The humility of Mr Ohlsson as a ‘tool’ for Chopin was a joy to watch. A pleasure to hear.

After the interval the orchestra, seeming smaller still, prepared to play one of the great, momentous stalwarts of the Symphonic repertoire: Symphony No.5 in C minor,Op.67 by Ludwig van Beethoven. Beginning with the most famous four notes in all music. I had heard this work many times. However, it was the first time that I had been fully charged and occupied by its composition. The Conductor, David Robertson shaped this work so dexterously for me that I was mostly in a suspended state of delight and expectancy. It was a bravura feat of music making and impressive from the get go to the final notes.

This was a concert of pleasure. What drew me, the Adams work, was the least satisfactory, but the honey trap of that bait introduced me to a Concerto played by an artist of rarity, Mr Olsson, and then the re-impression and insight into a great work by Beethoven. Most satisfactory.

Beside me sat a young man of 7-8 years of age, attending with his mum and dad and younger brother. The Adams piece despite the striking timpani and rhythm was not interesting enough to distract him from his book: BUSH BOYS by James Tierney. The book was neglected entirely for the Chopin – it had his undivided attention, the chapter of BUILDING A CAMP was held in abatement. The Beethoven was a three way struggle between the Beethoven, the book (the camp only partly constructed, I imagined!) and Morpheus. Morpheus won. However, his younger brother who came with no book and was, maybe 3 or 4 , was mesmerized by all three pieces. Musician and audience of the future, one hopes. Thanks mum and dad.
Posted by Editor at 7:32 PM

I was there as well - and agree thoroughly with your review.