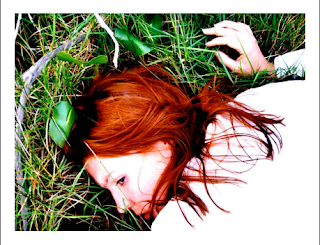 atyp Under the Wharf & Illyria Productions presents BRONTE by Polly Teale at atyp Studio1 at the Wharf Pier, Walsh Bay.

For all the bibliophiles and lovers of reading out there, and certainly the Sydney Writer’s Festival signifies that there are many, then this play, BRONTE by Polly Teale is a must. In recent times Sydney audiences have had the opportunity of seeing Polly Teale’s production of AFTER MRS ROCHESTER, partly an adaptation of Jean Rhys’ novel WIDE SARGASSO SEA. Writing for an English Company SHARED EXPERIENCE, Ms Teale has adapted JANE EYRE and with this play, BRONTE, finishes an exploration into this wild, passionate, Victorian Yorkshire world.

Charlotte, Emily and Anne Bronte. How is it possible that three Victorian spinsters, living in isolation on the Yorkshire moors, could have written some of the most passionate fiction of all time? JANE EYRE, WUTHERING HEIGHTS, THE TENANT OF WILDFELL HALL for instance? This is the question that this very muscular play investigates and teases out for us. The language of this text is packed with letters written by the women and quotations from the novels.

Charlotte to the poet Robert Southey, who has written concerning the literary ambitions of the sisters of which, true to the period he has been dis-encouraging: “Sir, I cannot rest until I have answered your letter. I felt only shame and regret that I have ventured to trouble you …a painful heat rose to my face when I thought of the quires of paper I had covered with what once gave me so much delight but which was now only a source of confusion …I trust I shall never more feel ambitious to see my name in print. If the wish should arise I’ll look to Southey’s letter and suppress it.” What relish there is in the reading and the sounds of writing of this kind. As a boy, WUTHERING HEIGHTS was included in our high school readings.

Recently, after wallowing in the Hollywood version of JANE EYRE for years, I read the actual novel, and I was shocked at the robustness of the heroine (mad, bad and, maybe dangerous to actually know - I am glad a century and a half prevented me from making personal acquaintance - too much for me I fear!) and drenched, stimulatingly, with the circumlocution of the period language and its constructions. THE TENANT OF WILDFELL HALL, similarly a further thrilling extension into the Bronte psyche was eagerly devoured by me. If the above quotation awakes in you a yearning and a thrill for passionate language then this play is for you. My appetite was pleasured, indeed.

Six young Australian actors, with a young excited and skilful team of fellow support artists, all acquainted with the educational memory of the Bronte oeuvre, in broad Australian dialect personalise the story of the Bronte sisters and their brother, Branwell, and the trajectory of their isolated Yorkshire Moors’ lives that were illuminated with an unusual education and bursting with fervid, and for the Victorians, sometimes fetid imaginations. Imaginations. The language here as far from the SMS/Twitter codes of contemporary life as you could wish. Glorious.

The production built by Paige Rattray is robust and tightly wrought. There is an original tussle with the SHARED EXPERIENCE ‘form’ of presentation but it is entirely respectful, and solved with the highest integrity within the limitations of the production budget and skills. Sometimes it is a bit raucous (loud) and rough but it is always consistent and committed. Using the heritage wooden construct of the theatre environment with just a simple long oblong wooden table and mountains of books, dressed in sober contemporary dress (Costume designer, Michael Hankin), these six actors, all recent graduates of Sydney acting schools, throw themselves into a loving act of storytelling. I was ultimately moved by the Charlotte/Bell Nicholls relationship and felt that the women and the men of this family had been brought to life, and the undercurrent of the psychic needs of these extraordinary people had been explicated to a point of needing to know more. I need to find time to read the many biographies.

Cooper George Amai, Laura Francis, Elizabeth Heaney, Ashley Richardson, and especially Kip Rothbury in a charismatic blaze of recklessness as Branwell, and Jennifer Williams in what feels like a fierce and loving identification as Charlotte, warts and all, are well worth catching as an ensemble.

It has a week to go. Book lovers, especially Brontephiles or Victorians should catch it (The actual handling of the ‘real’ books may require some of you to forbear, patiently and forgive, as I did).
Posted by Editor at 3:09 PM

I saw this a couple of weeks ago and agree with almost everything you've said. Although, while in normal circumstances the sound of a book being physically abused is my equivalent of fingernails on a blackboard, I found that in the context of the play it was a very powerful prop.