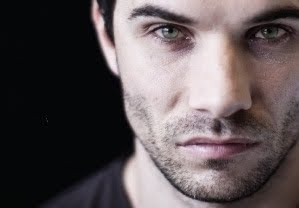 Raw Hide, Eliza Ocana and the atyp's Under the Wharf Program presents ALASKA by D.C. Moore .

ALASKA is a first play by English writer, D.C. Moore. It concerns a young group of people finding their way in the contemporary world, either as drop outs from university or in preparation for university. They are working at a job to pay the rent and buy the food: The front of house staff at the local cinema complex. The jobs are not taxing and fairly menial. Not much to aspire too, despite the 'corporate' trappings to help give the employees some sense of worth.

Their lives consist mostly of routine work and clubbing and with that comes the sexual and political context of the environment. Each of these young people, the product of their advantages or disadvantages.

Frank (Matthew Hyde) is the protagonist of this story. He is a young man thinking superficially, finding himself using the bible as a source of life style and simply adopting lazy 'racist' propaganda as the mission of his otherwise undirected life. The thinking is silly but all the more dangerous because of Frank's necessity to believe it, to give himself a focus to be 'alive'.

Frank appears as a kind of 'loser' and we see him dealing, pathetically, with an unrequited love interest in the shape of Emma (Hannah Levien); a flattering but unwanted crush from a young gay workmate, Chris (Andre Jewson); and the rise and rise of upwardly socially mobile daughter of a Pakistani heritage, Mamta (Kristy Best).

The gathering density of the text by Mr Moore is intriguing in its finely paced revelations, and the tension surrounding Frank grows perceptibly uncomfortably throughout the journey of the play. That Frank, finally, is revealed as a chronic liar as well as all else, throws the empathy of the play into confusion as we leave the theatre. Frank is decidedly unwell and whether it is his own disposition or the lack of environmental inspiration, is left for us to contemplate. Nature or nurture?

The writing is subtle and we see the prejudices of young people revealed, from careless unthinking jokes to intense arguments of racial propaganda, from all sides. Janice Muller has directed the actors well and in an absolutely no-frills production manages to suggest the actual and intellectual poverty of the world that these young people exist in (the fact that they work in a cinema and do not talk of the film being shown is telling - no cultural guidance there it seems!).The future seems threatening if these young people are to be the voters of the new world orders in a democratic society.

Matthew Hyde is very interesting in his realistic reading of confused Frank. The other actors are very accurate and compelling in their creations (Johann Walraven in a tiny role is generous indeed in his commitment to the project as Adam).

This is the second show that I have seen down here at ATYP, Under the Wharf. BRONTE being the other. Both the plays have been rewarding and interesting to see and the acting has also been very rewarding to witness – young artists finding the means and grabbing the opportunities to practice their crafts. It is disheartening to find the audience size to be relatively depleted. For while the production values are not lavish (the venue has noise problems, too) the writing, direction and acting has been extremely satisfactory.

Cate Blanchett and Andrew Upton, Artistic Directors of the Sydney Theatre Company, are keen to have the Hickson Road precinct of their company known as a live arts hub. To encourage, in kind, if in no other way, this fledgling effort just under their feet, literally, would strengthen their 'vision performance index' for sure. Do keep an eye out for the work happening down under the wharf. What with the product upstairs, this program, so far, as been a stimulating addition.
Posted by Editor at 9:47 PM