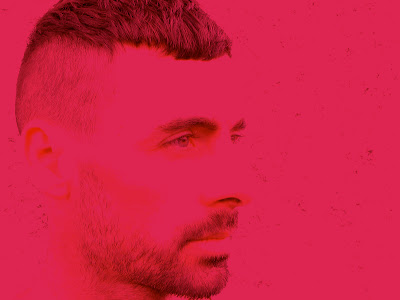 CANNIBAL presented by PACT and curated as part of the Mardi Gras Performing Arts in the 2011 Guide is an interesting sign of the new vision of the committee responsible. For this work is not about glitz or partying, rather it is ART. That Matthew Day was also part of the QUEER THINKING day at the Seymour Centre, where some of the "queer world's most remarkable academic and creative talent" presented a day of talks and discussions is another sign of the maturing of the Mardi Gras program. Mr Day led or "provoked" a panel discussion on queer thinking as physical action called LET ME HEAR YOUR BODY TALK. Brains as well as glamour. Innovative thought as well as frivolous action. Political relevancies as well as fun. That Peter Tatchell "one of the world's most controversial and influential LGBTI and human rights activists", gave the key note speech following the launch of the Mardi Gras on Saturday night is, I think, significant.

"CANNIBAL is the second installment in TRILOGY, (Matthew) Day's solo series, which explores the body as a site of infinite potential and constant transformation. THOUSANDS, the first work in the series premièred at Next Wave Festival, 2010, and was presented by PACT as part of the Sydney Festival."

In white walls and floor expanse, lit by even, intense open white light (Lighting by Travis Hodgson) accompanied by a gradual tonally rising 'sub-woofer" like growl (Sound Design by James Brown) Matthew Day stands two-thirds into the space from the audience edge, centre stage with his back angled at us. He is dressed in white shoes and white ankle-biter socks, white tailored shorts and short sleeved, high necked shirt (shiny material) with short white gloves on his hands. Any naked body parts are hairless and well tanned; his hair short back and sides bleached yellow to match the similarly bleached eyebrows.

Small muscle movements grow into barely twitching buttock movement. Slowly the body becomes engaged in small repetitive but radiating movements. From this relatively fixed standing position, gradually, the body begins to move across the space - diagonally, up and down and across to both sides. It is a 30 minute marathon of constant small movement.

"Enduring time and invisible forces" The fierce and gruelling concentration of the performer is visible and the audience become fascinated and then admiring, perhaps , of what is going on. This is ART. Art in the form of performance/dance/ movement. This feels like the words of someone's,( Mr Day's?), Master's thesis being investigated in the reality of the flesh. This is definitely not entertainment.

If you have been seduced by the blurb in the Mardi Gras Guide and had imaginative fancies provoked by the accompanying photograph you might be bored and feel ripped off. If you are "in-the-know" it could be an intriguing exercise of observation of a developing art practice.

I am "in-the-know"… in the PACT courtyard, before the performance, whilst cooling down, I observed the usual Performance Space Sydney movement/dance/art 'mafia' arriving and greeting and cooing. Interesting to see this scene outside of the Carriageworks, Performance Space. I cogitated as I sat there, is this the new P-Space? Has PACT become the venue of choice? Mr Day has presented both pieces of his work here. Certainly, the rumours of the difficulty of being a 'client' in Carriageworks and the "Corporate" necessities of that big organisation being an antagonist to the art workers have been growing in chorus whispers (I look forward to seeing what Carriageworks new CEO Lisa Havillah can do to shift this situation). Where is the Cleveland Street HOME that encouraged the experimentation of the performing artists of Sydney? Here at PACT Centre for Emerging Artists?

This became an art experience of endurance, both for the artist and the audience. The audience applauded seriously and generously. Interesting as an art journey, amazing as part of the Mardi Gras program.
Posted by Editor at 10:57 AM