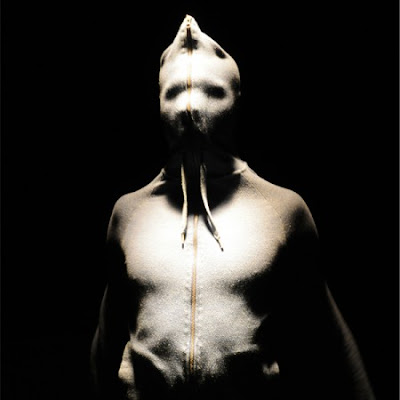 Performance Space presents FATHOM devised, choreographed and performed by Dean Walsh, the current Australia Council Dance Fellow for 2011-2012, as part of "UNEASY FUTURES, a season of visual and performing arts that contemplates visions of the future and moving towards the unknown."

Mr Walsh in a moving program note tells us of his distress at the loss of the natural habitat of his childhood, Mt Druitt in Sydney's outer west. He contemplates the bigger sadness of the bigger world problem.

"After about five years of tuning into environmental themes, starting to scuba dive, attending seminars, lectures and conferences and trying my hardest to gain the most reliable information, I'm in no doubt that we are living an utterly unsustainable existence."

Mr Walsh as a dancer seems to be at the peak of his physical form. The self choreography, within the range of this artist's gifts, are spectacularly fluid and beautiful to observe. Inspired by the underwater animals of his scuba diving idyllics, many incarnations of costumed and danced species are entrancingly presented. Other 'characters' appear and address us with physical intentions of various clarities.

The mechanisms of Mr Walsh's dramaturgy, to expound his sense of the loss of worlds and animals, a gradually detached set of fishing line tensions and snapped danger ribbons surrounding his space , mixed with visual compositions of mostly text, projected onto the set is often distracting and disabling to the continuity of the performance impact. The stage often empty except for 'spooling' information text of not much import, or a music cue involving a dance anthem “Love Cry” (by Four Tet) to fill the action while the performer is off stage, changing costume , maroons the audience to a disengaged state of indulgence for the artist.

As work in progress or process, there is some validity to the performance but there is much room for further focusing of the conceptual deliberations and actions of FATHOM. As with Mr Walsh's last work BACK FROM FRONT seen in May, 2008, also at Carriageworks, the dramturgical structures and realisatons into communicative drama for the audience needs more sophisticated refining.
Posted by Editor at 10:32 PM