Games in the Backyard 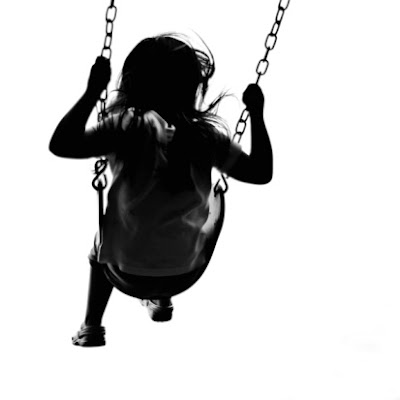 Netta Yashchin and ATYP Under the Wharf present GAMES IN THE BACKYARD by Edna Mazya. Translated by Hani Furstenberg & Naom Shmuel at ATPY, Wharf 4.

GAMES IN THE BACKYARD is an Israeli play written in 1993, by Edna Mazya and is based on an infamous, true story of the rape of a young girl by a group of  young boys. It juxtaposes the life style and motivations of the youth living in Kibbutz Shalom, Israel in 1988, and that of the male legal system that dealt with the aftermath of this crime in the courts.

The rampant and blatant male chauvinism of the culture is examined in a very confronting manner. The roles of the boys and the young female victim are alternated, by the actors, with the adult roles of the Defence Counselllors and the Prosecutor. The switch from one character to the other by the actors underlines, dynamically, the savage ironies of the culture: what you learn as a child you practice as an adult and where pursuit of the law and its victories overrides any reality of justice. The theme, thus becomes universal and hits home penetratingly. The passion of the writer Edna Mazya is obvious.

No doubt Netta Yashcin, the director and co-producer of this production, also carries the passion and sense of outrage at the male chauvinism and sexual discrimination of the world of the play. Ms Yashchin has the capacity, as she demonstrated in her earlier work on the Sydney Chamber Opera première: NOTES FROM UNDERGROUND,  to organise and present images, pictures of 'post-dramatic' interest for an keen, interpretative audience. The visual contol of her work with  the actors and her lighting designer Sara Swersky is arresting, as is the spare design solution of the space by Lisa Mimmocchi - simply, an equipped children's playground for one world, alternated with isolating light positions for the courtroom.

However, what Ms Yashchin does not have, is the ability to help the actors create characters that are believable. No matter the passion of the writing it is all undermined if the performances are not acceptably convincing. Cast in the pivotal role of the young female victim, Dvori Machnes, and the female prosecutor, Jessica Palyga appears to be way out of her depth - miscast, massively. The work, in both characterisations is posed, performed, pretended - the 'ego' of the actor's confidence dominates the work. Ms Palyga has no capacity to centre her voice for believable ownership of either characterisation, or convincingly physically inhabit her dual tasks. There is no doubt Ms Palyga has a good intellectual conceptual comprehension of who the people she is playing are, but did not reveal any sophisticated craft to truthfully embody either of them. The use of her actor's instrument is immature and as the role is central and also partly culpable to the crimes, a charisma of great empathy is required for the audience to sympathise. This actor must, truthfullly, convincingly drive the play, and as Ms Palgya cannot, it leaves the other performers in an invidious position of embarrassment. The men of the company, most of whom I have seen perform before, creditably: Carl Batchelor, Joseph Del Re, Michael Rebetzke and Dorje Swallow, have no reality to convincingly play  opposite to create with and from, so, also fail, to engage us to any convincing capacity.

Put simply, the acting was not good. For instance, the deliberate 'dance' of the rape was conceptually highly stylised by Ms Yashchin and excruciatingly painful to watch, but not because of the emotional confrontation, which was intended, but because of the patent lack of the organic belief of the actors who intellectually pretended their way through the demands of the scene. The  audience was placed in an uncomfortable position of detachment and critical objectivity of the craft of the company. The passion behind the writing, and probably behind the reason for choosing this play for Sydney audiences to witness by Ms Yashchin, was completely undermined by the actors contribution. There is a line in the play from the Prosecutor that was approximately: "Whoever is in control is also responsible." This resonated with me enormously and one must seriously question the dirctor's capacity to assist the actors she has been responsible in casting to tell this story. A basic skill I would reckon for a director.

This gulf, between the ability of many of the contemporary directors to wonderfully, intellectually, conceive a production, contrasted with their ability to deal with the "nuts and bolts" of the craft of directing the actors and other artists to a successful resolution of those concepts for an audience, is boringly, a regular and catastrophic experience, on our stages. It is a palpable trend of a lot of our theatre in Sydney where young intellectuals given a directorial opportunity, ignore the initiator of their creative impulses - the writer - and reach for the 'post-dramatic' solution (See blog on GROSS UND KLEIN) - but are then underequipped to use the other collaborative artists, to achieve a satisfying experience for the audience. It is as if the 'kids' have been given the 'car' to drive but only understand how it works, and driven, theoretically. It  is the difference between an academic thesis and a performing/performer's artist skill, intuitive and learned or refined or all of the aforementioned. The over extended use of the Sound Design by Guy Vincent French, usually accompanying and covering very clumsy scene and costume changes  was often inappropriate and noisy. Ms Yashchin seemed oblivious to the actors standing quietly waiting for the sound cue to disappear before continuing with the next scene.  The audience was not. Impetus and the rhythm of the play were disjointed by this willful wrongheadedness.

Ms Yashchin's production of WOYZECK, too, suffered from her tendency to conceptualise and see the installation images of the work and have no real ability to help her actors to realise it with her. That work fell between the vivid image or dynamic physical gestures that rendered a 'feeling' and an vague understanding of the textual language that rendered a confused understanding of character and narrative. The audience were given a series of partly rendered realisations and the actors were caught in the awkward no man's land of having to perform a production that was unable to communicate consistently. Ms Yashchin, there, as here, with GAMES IN THE BACKYARD, failed to facilitate a believeable enactment of the story and its issues.

From the publicity notes: "This is an emotionally charged, dramatic, strong and chilling play promising you versatility and an electric vibe from a young and dynamic group of virtuoso performers and artists."
True about the play but unfortunately not true about the production.

The great and only asset of this production was the introduction to a well regarded Israeli writer I had not seen before, Edna Mazya.

N.B. That while Ms Yashchin has a full page, extensive biographical note of her career in the program, there is no information provided on the writer, Edna Mazya, the inspiration for all this work. Neither are the translators given a background record. This is not a unique occurrence in contemporary Sydney Theatre. This double omission was true for The Griffin Independent production of THE UGLY ONE as well. The writer totally ignored in appreciation. Is there some Freudian 'twitch' going on here, or just a kind of belief of the director as auteur?
Posted by Editor at 9:32 PM