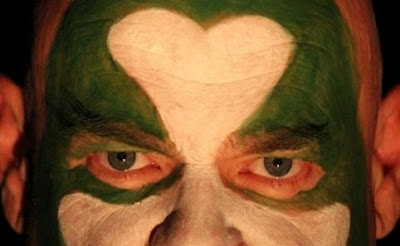 MORE THAN A HANDSHAKE, A NEW ERA OF MATURITY IN BELFAST: An analysis by Lord Paul Bew, an independent crossbench peer and professor of Irish politics at Queen's University, Belfast).

"BELFAST: What lies behind yesterday's historic handshake between the Queen and Martin McGuiness, former IRA leader and now the Northern Ireland Deputy First Minister? The Good Friday Agreement in 1988 effectively ended the Troubles. It projected a new era of community psychotherapy. And all good community psychotherapy needs to be reinforced by acts of good authority.

Inevitably for the Queen there are difficult memories - and not just the IRA murder of Lord Mountbatten in Sligo in 1979. There was also the plot to kill the Prince and Princess of Wales at a Duran Duran concert in London, and the attempt against her majesty and the Duke of Edinburgh on a trip to the province in the late 1970's. Like Hermione in THE WINTER'S TALE, the Queen, bruised and silent for many years, has emerged to offer the healing touch of reconciliation..."

John A.D. Fraser the writer of ALL THE RAGE, tells us in his program notes to his short, new Australian one act play, that "peace now reigns in the north of Ireland. According to the Belfast Telegraph, in 2010 there were only 40 reported terrorist incidents, including the death of Constable Ronan Kerr in Omagh. As Gerry Adams once put it, with customary lack of subtlety, 'They haven't gone away you know."

This play, then, has a creepy and anxiety raising prescience. Indeed. For, ALL THE RAGE is set in August, 2012, only a month away, and tells of Skin the Goat (Laurence Coy) and Nina, plotting with a half witted thug, Boyler (Xavier Coy), by kidnapping a bomb maker, The Baker (Duncan Fellows), to blow up the London Olympic Stadium during the Opening Ceremony.

The writing in this play is tight, witty and stuffed with lots of amusing, banal cultural references of our consumer society. It is stripped to the bare bones of narrative physical threat and tensions and has a clear and entertaining trajectory. It bears all the inspiration and hallmarks of a text by Martin McDonagh, (or, Quentin Tarantino): comic eccentricities in the midst of horrible, bloody violence and dopey characters being primed by fanatics, with, in this production, a salving sentimentality made possible by the use of retro romantic music - good old standby, Nat King Cole - to ease us over the ugliness of it all (Sound Design by Jeremy Silver). This is a very good play, even if the heritage is too obvious.

It is a tidy and simple production by Leland Kean who has, also, designed an unfussy white walled, two door set with grey floor, a single chair and an Irish Tato Chips box with bomb making materials and a hand weapon or two, the only usable props to be seen. The lighting (Luiz Pampolha) is a one state white glare. Despite some odd staging moments that defy belief, for instance, the final revenge of Nina on Boyler, through a still strapped on sturdy yellow tool belt - in the staged action we saw, how is that possible? - it is not a bad time in the theatre.

But the evening's potential is diminished. The possible simple direct power of this play about the horrible actions of psychopaths with opportunity, is really undermined by very uneven casting. Credit to Duncan Fellows as a steady keel to the reality of the play's situation, ably supported by Laurence Coy in a very straight forward set of choices. Xavier Coy, on the other hand is a little of a conundrum. Boyler's naivety and slowness is so convincing in it's lack of timing and sometimes overstated reactions, that it is either a marvellous performance of dexterous wonder of accurate observation or that of a relatively, unsophisticated performer with few skills - distracting with a cherubic look, and hence empathy drawing - I couldn't decide. See what you think. Whilst, Scarlet McGlynnn as Nina , although, the conveying of the shock of the violence done to her is mostly convincing, seems technically shallow in her character's background and presence and not altogether on the ball with her interaction as a technician with the other actors. It is a pivotal, 'Lady Macbeth'-like, ballsy  role, and on the night I attended, lacked truth and depth. Miss McGlynn looked unconvincing and uncomfortable. The tension in her important scenes lost momentum and heat.

ALL THE RAGE is good writing and mostly for those of us who may miss the playwrighting skills of Martin McDonagh: THE BEAUTY QUEEN OF LEENANE; THE LONESOME WEST; THE LIEUTENANT OF INNISHMORE; THE PILLOWMAN. It seems that Mr McDonagh prefers writing films to plays, claiming to hold "a respect for the whole history of films and a slight disrespect for theatre. ... theatre isn't something that's connected to me from a personal point of view…". The film IN BRUGES was a triumph and his new film SEVEN PSYCHOPATHS with Colin Farrell, Christopher Walken, Sam Rockwell and Tom Waites is due this year. So Mr A.D. Fraser may be a substitute, for the McDonagh "hit" in the theatre, in Sydney.
Posted by Editor at 3:27 PM