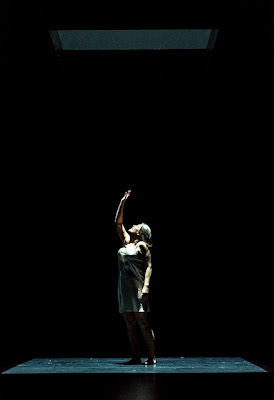 Sydney Theatre Company Presents FACE TO FACE. A Film by Ingmar Bergman, adapted for the stage by Andrew Upton and Simon Stone at the Sydney Theatre.


From The Artistic Directors

The idea for FACE TO FACE was brought to us last year by Simon Stone. He is a massive fan of Ingmar Bergman and this is probably the only Bergman film that he hasn't seen. In fact, none of us have seen it to this day. This is a deliberate decision because of course Ingmar Bergman was bound to have done a terrific job and it would be impossible not to be influenced by his version of events.
Simon is a very exciting director who has a wonderful sense of theatre that is at once totally believable and strangely abstracted, fluid and musical. These seemed to us, when reading the screenplay, the perfect qualities to bring to the adaptation and theatricalisation of this story. He was very keen to cast Kerry Fox as Jenny so we sent her the screenplay and, thankfully, she immediately saw past its particular cinematic form to the potential play at its heart.
Had film never been invented, Ingmar Bergman would have been a great Scandinavian dramatist of equal significance to Ibsen and Strindberg. Because screenplays only get made once they do not enjoy the scrutiny of many directors, many productions, many audiences, and so their reinventability is overshadowed by their cinematic imprisonment. It is therefore wonderful to create a theatrical text that may one day get used again, reinvented and reinvestigated out of this simple but powerful dramatic proposition.
We hope you enjoy the show.


I didn't.
My companion didn't.
Not many people I spoke to after, in the foyer, did either.

I went because it was to be inspired by a Bergman script. I went, as the above program note suggested, to see  a stage adaptation of an artist as luminous in his writing as fellow Scandinavians, Strindberg and Ibsen. I went because Kerry Fox, on film, is an interesting actor. I was curious to see her live.

From THE AUSTRALIAN, Thursday, July 26, 2012, an interview with Simon Stone and Andrew Upton, by Matthew Westwood:

... As a playwright, Upton has written original dramas, but much of his work seen at STC and elsewhere have been adaptations, such as his versions of HEDDA GABLER and UNCLE VANYA. (checkout my post on THE DUCHESS OF MALFI - final paragraphs - to see the list of some of Mr Stone's adaptations).
That makes Upton and Stone a formidable pair of theatre-tinkerers, given Stone has a liberal attitude to the text. He is not some dogmatist for whom the playwright's written word is sacrosanct; theatre lives on the stage, not the page.
"When it comes to theatre, I don't think theatre texts have any literary value, he says.
"I'm with you," Upton says.
It may be symptomatic of such a position that they are unaware of the pronunciation of the name of the the central character in FACE TO FACE. They call her Jenny, in the Australian-English way, wheras in the Swedish film it is pronounced "Yenni" with a soft "J".
"Is she called Yenni in the film?" Upton asks.
It's not they haven't had the opportunity to see it : before meeting them at the Wharf theatre, this writer watched the DVD of FACE TO FACE, on loan from the company's publicity office. Rather, it's that Stone and Upton have elected not to see it.
"You want to avoid unnecessary influence," Upton says,"(Bergman) will make solutions to the problems that the work proposes. You want to find your own way to do it.


Now, if I was having a dinner party, (wherever), and had Mr Stone, Upton and Bergman as guests, who would I want to talk about FACE TO FACE with, do you think? Whose problem solving would be of most interest?

Which one is regarded as a genius?

For, as far as problem solving goes, based around the Bergman screenplay, by Mr Stone and Upton:


I recommend that you hire a copy of Julie Andrews film STAR, (I, actually own one !) based on the career of Gertrude Lawrence, and cut to Scene 42, to the musical psychoanalyst nightmare,THE SAGA OF JENNY (yes, she is Jenny, as well), from the Kurt Weill, Ira Gershwin musical, THE LADY IN THE DARK, for a light entree into the genre tone of this FACE TO FACE adaptation. Lightweight and accessible.

Then, hire or purchase the Ingmar Bergman film (I bought it at TITLE on Crown St for $35.00). When I got home from the performance at the Sydney Theatre, I watched the film. There had to be more to this famous screenplay than what we saw in 90 odd minutes of playwriting adaptation, surely? There just had to be. The film is some 136 minutes long. And this is adapted from a 4 hour television production !

There was something more. Wonderfully more. In the real sense of, wonder = to marvel at; to be excited by what is a strange and surprising viewpoint; to a feeling of surprised or puzzled interest, tinged with a wide-eyed admiration.

The film is a genuine expression of a genius concerned with the observation of the loneliness of mankind and the bravery of man, in the figure of Jenny, a psychiatrist, in the midst of a breakdown, that brings her face to face with herself, and with her intellectual/emotional wrestling with the contemplation of the big issues of love and death, in the midst of trying to live through her life choices, resulting in the final realisation, that "love surrounds everything, even death". It is harrowing but majesterial in its ability to move one.

This adaptation of the Bergman screenplay by Simon Stone and Andrew Upton diminishes the ambitions and successes of the Bergman creativity. There is much excising of character and situations and observations. Where Mr Stone and Upton seemed to be occupied with design wonders and theatrics, of a black and white kind, Mr Bergman focused on complex storytelling and intimacies. The saga of Jenny was reflected through parallel stories of other characters' stories - the film has a density of experience in its telling. Every design and theatrical gesture, in the film, were integral to the development of Jenny's and her extended world's story, not a demonstration of directorial cleverness. Content and theme relevancies in the film, were of resonant universal vibrations and observances, incorporating an almost religious breadth of vision. The Bergman original, in the Mr Upton & Stone, is reduced to the relative banalities of a virtual linear narrative of breakdown and dream, without any great dimensional power or sense of awe. Essentially, in my experience, simply linear. Almost, a "reductio ad absurdum". The direct comparison of the hospital dream sequence in the film and here on the Sydney Theatre stage, for example, reveals the contrasting imaginations and theatrics of the writers and directors of these two different FACE TO FACE experiences. The Bergman integrities are richer, deeper, demandingly confronting, and ultimately humbling, in a virtuosic way. One embraces the condition of being human in the face of the world we exist in, face to face. One is not bored with simplistic representations and surface acting, that, comparatively, I experienced, in the theatre.

Compare and contrast for yourself.

Why would I not choose to see Bergman's solutions over those of Mr Stone and Upton? I have. I have watched the film twice this week, so blown away by the greatness of the film, and the performances, was I. If you can still choose, I do not believe there is any life gain in attending to the Sydney Theatre Company production. Indeed, Simon Stone and Andrew Upton, these two "theatre-tinkerers" have created a grim piece of hackery that does not add to, or, even tell anywhere near the profundity of the Bergman. Bergman has done, as Cate and Andrew have predicted , in their Artistic Director's notes, "a terrific job". And, for certain, the two contemporary artists , here in Sydney, were not influenced by any of the choices of the genius, writer-directer, Ingmar Bergman. They had not the same imaginative scope, it seems. More's the pity, I reckon.

Why do it then? Because, they can, I guess.

So why see it, then, at the theatre, when the film is so much better in every way, and is available, in your own living room?  You can, you know.
Posted by Editor at 9:47 PM