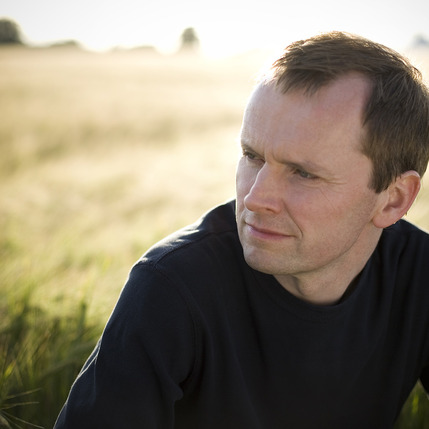 Can I say that, for me, almost every time I leave a concert given by the Australian Chamber Orchestra, I feel as if I have been especially privileged. I go tirelessly to the theatre (Drama) to have an experience of transcending excellence. It rarely happens. Maybe, because it is the field in which I have toiled, and that I am too knowing, too demanding, whereas, in the world of music making, I am simply an audience, and, so find so much to admire in the artistry, dedication and in the playing by this orchestra.

This concert RUSSIAN VISIONS with the guest piano player, Steve Osborne, and later, trumpet player, David Elton, left me in a heightened state of being, glad to be alive. Grateful to be alive. How lucky am I?

The highlight, for me, was the Shostakovitch Piano Concerto No.1 in C minor, Op 35 for Piano, Trumpet and Strings (1933). It is a piece I have on disc. I was introduced to it by the San Francisco Orchestra, years ago. Or, come to think more, was it part of a San Francisco Ballet program?. Whatever, it is a treasure to me. It is a piece that I find exhilarating, and, when played with daring, absolutely thrilling. I went to this concert not knowing what I was to hear, so, when this very familiar piece began to reveal itself, I lifted my attention to high concentration. The reward was spectacular. I was lucky, I was seated close to the concert platform - the physical playing by all was not only an aural, but, a physically visceral experience, too. Mr Osborne a demon of passion at the piano, and Mr Elton immaculate with his sound making, and seemingly, effortlessly, taking up the challenge of the piano playing tempo. Watching the string players engage, one could see the excitement that Mr Osborne was throwing out to them all. The simple joy on my part, to watch such lovers of their craft, so in unison, was art of great significance. I need to declare a bias for the music of Shostakovitch.

The significance of the variety of delicacy of the playing, especially by Mr Osborne, in the many offers by Sergei Prokofiev in his work Visions fugitives, Op 22 (1915-1917) (arr. Barshai/Tognetti), played as the first item of the concert, became apparent clearly, after the bombast of the Shostakovitch Concerto. It is a typical pleasure of the Sydney Chamber Orchestra choice and organisation of repertoire that such realisations occur, cumulatively. It makes one feel clever and deeply respected. Trust us says the orchestra, the program is more than any one part, it is, rather the sum of the whole.

In the second half, a short work by Shostakovitch, Two Pieces for String Octet, Op 11 (1924-25), was followed by a lush and enveloping romantic 'bath' in a realisation for string orchestra of Pyotr Ilyich Tchaikovsky's Souvenir de Florence, Op 70 (1890). The finale bang and speed of the piece lifted one to float from the hall into the real world outside. I think my feet were on the ground. I know my spirit was flying around and above me.

Thanks, greatness is awe inspiring. I recommend the Australian Chamber Orchestra as a guaranteed source of life enhancement. I have rarely been disappointed. Certainly not with this concert.
Posted by Editor at 9:15 PM