The Voices Project 2013: Out of Place 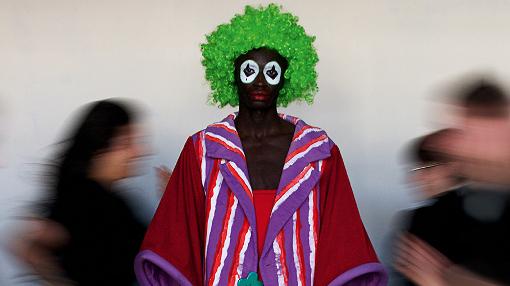 Australian Theatre for Young People presents The Voices Project 2013, OUT OF PLACE at the atyp Wharf Space Hickson Rd.

Australian Theatre for Young People presents The Voices Project 2013, OUT OF PLACE by writers from atyp's Fresh ink program directed by Paige Rattray.

10 young writers have written ten, seven-minute monologues and are performed by ten young actors, members of the atyp cohort. This exercise in joint creativity has been directed under the guidance of Ms Rattray. It is a highly polished production. Design by Lauren O'Flaherty, locating the work on an image of a building site, an idea of work in progress, on a floor of sand is of flattering beauty - with mechanical surprises to reveal more definite locations for some of the monologues. The Lighting design by Ross Graham is not only pragmatic but also a persuasive voice of light, supporting the content and atmospheres of the different works.

The young actors have been guided convincingly in their responsibilities with some physical choreographics that sometimes seems slightly distracting to the main intention, the revelation of the monologues, the writing. I enjoyed very much the writing of Amanda Yeo in her piece RED PANDA and the gentle performance of Angela Tran. Too, Arda Barut - THE MARKET BROLOSOPHER and Karim Zreika, his actor; Tom Mesker - THE MANGROVES. I thought the performance work of Sean Marshall was also noteworthy.

This is an excellent project produced beautifully by all at atyp. The entertainment value of the experience itself may depend on whether you are interested in 10 disconnected monologues. This may be for family and friends and those interested in the development of future artists - but most likely not for the casual or uninvolved 'punter'.