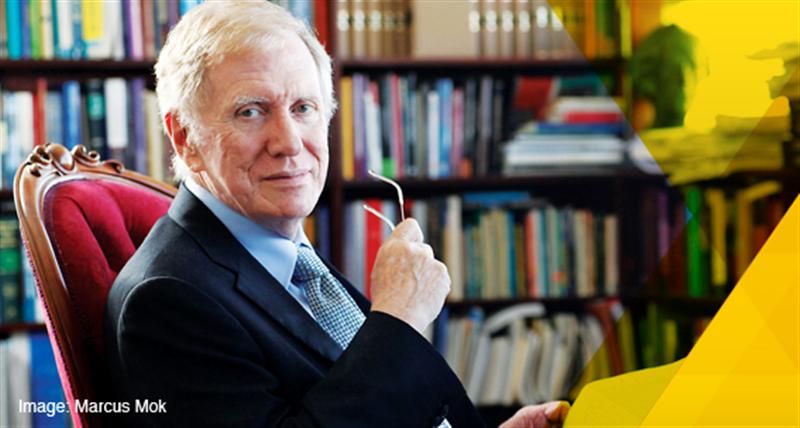 Mohandas Karamchand Gandhi, known more popularly as Mahatma Gandhi (meaning, Great Soul), was assassinated on the 30th January, 1948. The Gandhi Oration commemorates, that day, Martyr's Day, and is delivered by a person whose life's work exemplifies the ideals of Gandhi. For the second annual oration, the 2013 speaker was the Honourable Michael Kirby AC CMG.

"What would Gandhi have to say today" was the theme of the oration. Michael Kirby in an undramatic tone, with the security of deep research and the gravity of responsibility to honour the Mahatma gave a speech that was inspiring but not without controversy.Justice Kirby in his known manner did not flinch from what he has come to understand about the man: "fallible, humorous, witty, playful, determined, sometimes ruthless, unpredictable, guru, occasionally misguided, deeply spiritual, a human like the rest of us", and broached subjects of great contemporary sensitivity.

Justice Kirby settled on three topics of interest to Gandhi in his time that still are relevant today and surmised what Gandhi might have to say to us. We heard of the need for greater human rights for women - he spoke of the recent rape case in India that has shocked the world. He spoke, too, about similar cases in Australia, reminding us that no country is untouched by such human degradation and tragedy. He spoke of animal rights and the care that we need to take with the fauna in a meat-eating society (humorously he spoke of his own recent embrace of vegetarianism). Most controversially he spoke of the Mahatma's own view's about sexuality (abstinence!) and referred to the recent intimations of a close relationship between the Mahatma and Hermann Kallenbach, in the book: GREAT SOUL: MAHATMA GANDHI and HIS STRUGGLE WITH INDIA by Joseph Lelyveld (March, 2011) - in relation to the human rights for same sex partners - and a recent challenge to legislation passed in India in 2009.

Like Gandhi himself, Justice Kirby seemed to have set out to challenge us, to disturb us and shock us out of our complacency. He spoke steadily, and with an imperturbable wisdom and dignity, and he did, indeed, challenge, shock and shake some of us. This was an oration that was a great honour to hear, and expressed the Mahatma's call to utilise love and truth to embrace non violence as the way to move forward. The recent biography of Michael Kirby by A.J. Brown (2012) is called PARADOX AND PRINCIPLES and, truly, this oration fulfilled one's expectations of both Gandhi and Kirby - two men of paradoxes and principles, who may and can, perhaps, show us some paths of honour through the thickets of our densely difficult contemporary world geographies of behaviour.

As Linda  Loman tells us in Arthur Miller's play: "Attention must be paid." More attention, then, to them, Mahatma Gandhi and Justice Kirby - two great souls - and, to others like them.