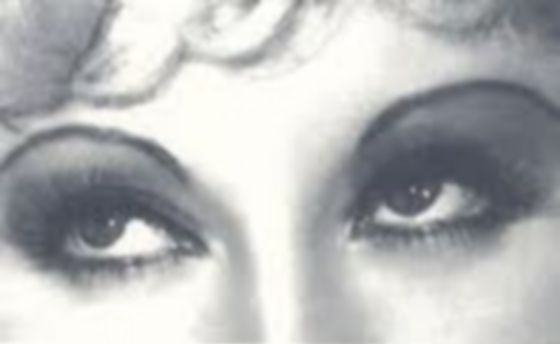 For your party conversation note-books:


Between two evils, I always pick the one I never tried before.

An ounce of performance is worth pounds of promise.

You only live once, but, if you do it right, once is enough.

Cultivate your curves - they may be dangerous but they won't be avoided.

I generally avoid temptation when I can resist it.

It is better to be looked over than overlooked.

I used to be snow white but I drifted.

I made myself platinum, but I was born a dirty blonde.


DIRTY BLONDE by Claudia Shear and James Lapine (2000) was nominated for many Tony Awards and other New York theatre accolades in its debut season. It is the story of two New York misfits, Jo (Lara Mulcahy) and Charlie (Mark Simpson) who are fans of the old time movie/vaudeville, burlesque star, Mae West. They meet at her Hollywood grave and over time develop a relationship welded to that commonality. It is awkward, shy, clumsy, nerdy but full of a gentle compassion.

This very familiar narrative action of the off-beat romance is the cover for Ms Shear's and Mr Lapine's real interest which is to introduce or re-introduce us to Mae West and her pioneering life in the world of entertainment - theatre and film. Essentially this is a bio-play with a few songs and lots of gags. Fortunately, Mae West is worth meeting and/or remembering. A woman with a brain and sensibility way ahead of her time, who, born in 1893 didn't die young, but, lasted until 1980. Her energies and personalities were, we are shown, dynamically explosive, groundbreaking, and a reason for her success, but also the cause of her dimming as a star, and dwindling into a figure of pathos. Willfulness needs to be balanced with considered realities, it seems.

We follow her career through men, and on the burlesque/vaudeville circuit. We become aware of her pioneering work as a very frank writer around societal taboos with her plays - she was a supporter of the women's liberation movement but claimed not to be a feminist, also, an early advocate for the gay rights movement - e.g. among others: SEX (1926) - what Ms West called 'a comedy drama of life' ; THE DRAG (1927) - a play about a homosexual subterranean world, banned from Broadway performance; and DIAMOND LIL(1928); to her film work: I'M NO ANGEL (1933); SHE DONE HIM WRONG (1933) - introducing Cary Grant and nominated for Best Film at the Academy Awards; MY LITTLE CHICKADEE (1940) - disastrously with W.C. Fields, they clashed mightily about comedy technique; continuing through to late-in-life film missteps, now cultishly infamous: Gore Vidal's MYRA BRECKINRIDGE (1970) and SEXTETTE (1978).

The Director, Stuart Maunder, with apparent affection and gentle, consummate skill, elicits wonderfully understated, but, wholly delightful performances from Ms Mulcahy both as Jo and Mae and from Mr Simpson as Charlie and a mix of other characters. They are supported sensitively and charmingly by Philip Dodd creating the narrator and many, many other tasks of necessarily, 'thumb nail' sketches, of people in the incidentals in the life of Mae West.

This play begins a little bit like "ho-hum interesting, but, who cares", but, cleverly, because of the clarity and commitment of the performers and the tug of the love that the writers and the director have for their principal subject matter, Mae West, DIRTY BLONDE blossoms, over, its long one act format, into a wistfully complete night at the theatre. Old fashioned, but, a gentle pleasure. Not many of them to be had these days and a relief in the frenetics of some of the recent, but, excellent work about town.

The parts, make a very, surprising, and satisfying, whole. Worth considering spending time with.

P.S. I once saw a revival of DIAMOND LIL, adapted by Dennis Powers and Paul Blake at the American Conservatory Theatre (ACT) in San Francisco in their 1987-88 season - it was hilarious fun, even then.