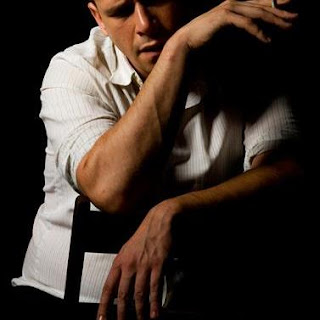 I was 14 when I read, nightly, about the 'depravities' of Lenny Bruce in the Daily Mirror (The Sun was the other nightly newspaper, but, by far the less sensational, and so, much less interesting and memorable - it does indicate my own Catholic/catholic attraction to sin, doesn't it? ). I was 16, when similarly, I read, avidly, in the Daily Mirror, on the front pages, about the shocking language depravities of Edward Albee's WHO'S AFRAID OF VIRGINIA WOOLF? directed for the Old Tote Theatre by John Clark. I was 20 when foul mouthed homosexuals shockingly 'cavorted' on The Playbox Theatre, Sydney stage, in Mart Crowley's THE BOYS IN THE BAND (three members of the cast, in the later Melbourne season, had a magistrate, find obscenity charges proved, though 'the charges are so trifling', and, so, did not record a conviction, but was later directed by the Supreme Court to impose fines - the Supreme Court!). I was 21 when Alex Buzo's Australian play, NORM AND AHMED, had 'Norm' say on stage, during the action: "Fucking boong!" - the actor, then, subsequently charged and convicted of using obscene language in a public place (for different reasons, I remember the sensational scandal around Alan Seymour's ONE DAY OF THE YEAR, in the newspapers - when Aussie theatre,  iconoclastically, made front page news!). I was still 21, maybe, 22, when HAIR, (Gerome Ragni, James Rado and Galt MacDermot) blasted its way onto the stage, with anti-establishment 'bombs' delivered in the staged visibility of drugs, rock and roll, language, a kind of staged chaos, and, even, nudity, at The Metro Theatre, Kings Cross - the building still stands, as does the Director, Jim Sharman. These are some of the early, vivid memories, I have, of the confrontations in the theatre with society over censorship and obscenity - all begun with the Lennny Bruce furore, for me.

Time has spun, and hurtled on, and last night I watched a new Australian play: LENNY BRUCE: 13 DAZE UN-DUG IN SYDNEY 1962 by Benito Di Fonzo, expediting the Daily Mirror stories of my impressionable youth and the exciting 'rumour' of his dirty language, foul mouthedness. The next night I attended David Mamet's explosion of "language", GLENGARRY GLEN ROSS (1983) e.g.:


You fucking stupid cunt. YOU, Williamson ... I'm talking to YOU, shithead ... You just cost me SIX THOUSAND DOLLARS. (Pause.) Six thousand dollars. And one Cadilliac. That's right. What are you going to do about it, asshole. You fucking, SHIT. Where did you learn your TRADE. You stupid fucking CUNT. You IDIOT. Whoever told you you could work with MEN.

Two nights later I saw THE MOTHERF**KER WITH THE HAT by Stephen Adly Guiris (2011) - and that's just the title, so you can guess as to what the rest of the play might be vernacularised with !!!!? and there has not been any public furore, not a squeak. Just what that may reveal of our times depends on your personal context.

Lucinda Gleeson, the Director of LENNY… tells us:


Times have changed. Cocksucker and motherfucker are now not so offensive. It was as only late as 2003 that Lenny's obscenity charges were posthumously dropped after serious lobbying from a collective of comedians and free thinkers.

Mr Di Benito, in his play, as he says, "loosely distorted" from the book LENNY BRUCE:13 DAYS IN SYDNEY by Damian Kringos, augmented by several years of national and international, personal research and interview, explores the notion of


what is dirty and what is clean, what is truth and what is myth. Filth, like truth, is in the eye of the beholder - maybe that's all that Lenny was saying. They're just words.

Maybe, Lenny Bruce is simply a purveyor of ordinary words describing natural things - and it's just that some of these natural things have to do with sex, and that sex, for some odd cultural reasons are shrouded in secrecy and, or, shame that make people blush and shun there validity and usefulness to define, and want to ban them? Frank Zappa is quoted in the program when he sang, "What's the ugliest part of your body? Some say your nose. Some say your toes. I think it's your mind." Lenny never saw himself as a comedian, he, rather,  saw himself as a philosopher. Lee Gordon, the producer of the Lenny Bruce Australian tour, got it right when he advertised the shows as being "For free thinkers only." Bruce was a comedian, but also a social critic and satirist - he, certainly, was a whistleblower for his society:


If something about the human body disgusts you, the fault lies with the manufacturer.

You can't put tits and ass on the marquee! ... Why not? ... Because it is dirty and vulgar? ... Okay we'll compromise. How about Latin? Gluteus maximus pectoralis majors nightly ... That's alright, that's clean, clean with ass, I'll buy it. ... Clean to you schmucks but dirty to the Latins!

Let me tell you the truth. The truth is what is, and what should be is a fantasy. A terrible, terrible lie that someone gave the people long ago.

Life is a four letter word.


A company of four actors, three of them: Lenore Munro, Damien Strouthos and Dorje Swallow play some fifty roles in support to Sam Haft as Lenny Bruce. Impersonating a jazz band, live, is just one of the many wonders of this energetic, inventive and tireless group of performers. Each of them have startling, theatrical and comic moments in the limelight and are the cause for much admiration. Each, are outstanding as individuals, and, as part of an ensemble - an always wished thing, but not often achieved when begining any theatrical enterprise, adventure. Mr Haft, beginning a little shyly, on the night I saw it, gradually, escalated into a centred and overwhelming performance of willing possession, not just, simply finding the template for the patter and searing wisdom of this thinker, but, also, let us see, understatedly, the pain and anguish of someone who could see the world only too clearly, as most great comedians seem to be able to do, and, suffered, as a result of that Cassandra-like "sight", as, again most great comedians seemed to have done before and after him. The climatic singing of the song "ALONE" sad and dreadfully confronting. Lenny Bruce died of an overdose in 1966, at the age of 41 - four years after this Sydney debacle.

The Set and Costume Design by Andrea Espinoza, is versatile and practical for the required action of the play. However, I reckon, from my memories of the time, it could be even grungier- shoes sticking to the carpet degradation, sweat and airless smoke filled vistas and clothing, all a lot more seedier, nasty, in comparison to the OH&S rules of today. Nate Edmondson created his usual, if this time, slightly over illustrated Sound Design, while the Lighting Design, Kim Straatemier, was sometimes fudged, casting shadows etc, and, on my night, under ready in the operation - pulling us out of the realities we were meant to be immersed in.

Mr Di Fonzo has written a work that dips into many forms of theatre genre, and, in that, it reminded me of the forms embraced, of the wide ranging techniques used by Bob Ellis and Michael Boddy in their ground breaking, biographic, THE LEGEND OF KING O'MALLEY (1970). Lucinda Gleeson, the Director, guides us through direct monologue, reportage, impersonations (comic and sometimes, otherwise), musical pastiche, burlesque, melodrama and pathos/bathos etc with a steady hand. The production pacing is fairly breakneck and requires real 'bit-in-the-mouth' savage turnings to keep the show balanced and clear. It sagged occasionally, the use of tape recorded moments of the actual events, for instance. And, it is while listening, in the theatre, to those, that I began to pinpoint a reserve I had to the night. I felt the weakness in the writing revealed itself, unerringly, then.

Mr Di Fonzo, being a journalist, was still too faithful to the years of research he had "un-dug" and so kept the work too often restricted within the journalistic/documentary frame work (even, to insisting we hear the lost tape of the Wintergarden performance - an amazing stroke of inquisitive sleuthing, no doubt about it) and not shaping its possibilites, with the more poetic license of the playwright part of himself, to focus on, not just the tragedy of a single man in Sydney for 13 unlucky days/daze in 1962, but to underline the breadth of the tragedy of a man with the sight capacities to advise his society, but been not believed, even worse, denigrated and despised, reviled for that vision, collapsing into the crutches of addictive pain reducers, leading, ultimately, to a humiliating dependency, to self destruction. The possibility of telling of the mythic proportions of this modern man in our recent times, within and expanded to the outline of the classic blueprints of yore seems to be an opportunity that may have been missed?

LENNY BRUCE: 13 DAZE UN -DUG IN SYDNEY 1962, is a continued marker to the quality of the standard of work that Tamarama Rock Surfers Theatre Company has produced in this last twelve months. It is worth seeing. And could you be at a better sited space than at the Beach at Bondi? Restaurants, parking and a world famous view of the great Pacific Ocean. A growing rival to the quality of work elsewhere in the city. Consistently good. The awkward stage, itself, probably limiting the possibility of progress - then, that is true of most theatre spaces in this city, is it not?

"Not again. There goes my bus. A late return home. Later, than planned. Fuck, fuck, fuck", is what I said as I ran in the storm up to Campbell Ave. The rain had only just began. Given, that if the production had gone up on time, I may have not got drenched to the bone.

Time has seen my language expression change since I was a good Catholic boy of 14 reading the Daily MIrror.
Posted by Editor at 4:54 PM