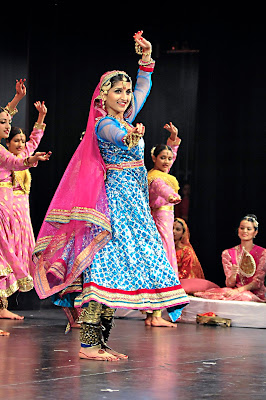 DEVDAS, The Musical is based on a famous 1917 novella by Sharat Chandra Chattopadhyay. The story has had many other incarnations, famously in a 2002 Hindi film, directed by Sanjay Leela Bhansali, nominated by India as Best Foreign Film for the Academy Awards and also for a BAFTA Award, in that year.

DEVDAS, The Musical tells "of a man and two women, one he never loved and one he never stopped loving". Devdas as a child grows up beside a young girl, Paro. Innocently, they become attached, separated when Devdas travels to London to study, who through family pressures over marriage, on his return to India, rejects the bond of his youth. Paro, though heart broken, dutifully fulfills her family duties and marries someone else, whilst Devdas finds some comfort in the house of a famous courtesan, Chandramukhi, but becomes a ruined man. Sadness and tragedy ensues.

Adapted by Anu Shirvram this musical has some 12 new songs composed by Aparna Nagashayana. She has also staged the play, musically and features as the leading female vocalist. The orchestration (for 14 musicians) has been arranged by Shaun Premnath and features the rhythm arrangements of Maharshi Raval and the Sitarist, Peter Schaefer, vocals by Sunjay Ramaswamy. Choreography is by by the Artistic Director of the company, Ruichi Sanghi. The musical directed by Viral Hathi.

This was a fascinating cultural experience. To the left of the stage the orchestra is sat on a raised platform and they accompany the story with their instruments and two featured singers and a chorus (Dharti Bellave, Soumya Ravikumar, Thanmaya Nevada and Pranita Prasad). The story by the actors is told through complicated and beautiful mime and pre-recorded voice over (Dr Minoti Apte, Sanjay Ramaswamy), while dancers feature in almost every scene to move and illustrate the story. In the many scenes different dancers feature as the leading characters as they age in the sweep of their history.This Indian musical has conventions of its own, so different from the Western tradition. Each character is represented by either the singer, the actor or the dancer at the same time - it is entirely intriguing and, ultimately, beguiling.

The musical aspects, the composition of the songs and the orchestration were outstanding and appeared to be traditionally based with flourishes of contemporary instrumentation and adaptations, as well. It was a very enjoyable musical afternoon of a high order. The dancers were of various skill and acquitted themselves well. The costuming of the entire show was absolutely stunning and enormously elaborate - sumptuous. Whilst the mimetic skills of the actors were such that one was deeply immersed in the world - a kind of silent movie drama pitched in melodramatic physicalities of great discipline and skill (Paro: Ila Srivastava; Ankita Bhatia. Chandramukhi: Anika Misra; Hirali Dhawan; Nicki Kathuria. Devdas: Nikhil An; and Rahu Patel).

It is a very enjoyable experience to be taken to the traditions of another culture, particularly when the standard of achievement and the professionalism is so high (check out my blog entry for the Sydney Chinese community's CATHAY PLAYHOUSE). DEVDAS only had two performances but I would be glad to see and hear it again. Congratulations.
Posted by Editor at 5:18 PM

Thank you. It was an amazing show! I had the privilege of photographing the matinee and performing in the evening show.