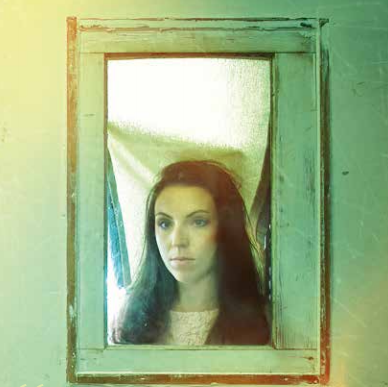 HILT is a chamber play by Jane Bodie in several short scenes.

The play begins with Kate (Alexandra Aldrich), alone on stage, in a small inner city apartment, appearing to be dealing with some deep inner 'core' disturbance. Enter Nick (Sam O'Sullivan), and we are amused with an awkward, clumsy flirtation that ends in sexual consummation. In the next scene we meet Adam (Stephen Multari), who, we discover is Kate's partner. There is an apparent connection between them both, but, it seems to have some slightly fractious edges. Happy couples have no past, while unhappy couples have nothing else. A scene follows where Adam, in the apartment, is seducing a young free spirited woman named Clara (Joanna Downing). Both the seduction scenes are interrupted when the apartment telephone rings several times - it is ignored, by both, by all. It is, we discover, a signal to the apartment occupier that time is concluding. Kate and Adam have a sexual agreement, with strict parameters, permitting an open relationship, of a kind. Like the couple in Pinter's short play, THE LOVER, a very 'modern' arrangement between partners, (but, different), is in action. It, of course, begins to shatter, agreed 'lines in the sand' are crossed, complications develop, and an emotional and inevitable gulf widens, deepens, between Kate and Adam, and separation ensues. Their emotional maturity has been misapprehended. By both. The apartment and the relationship has become a kind of suffocating, strangling claustrophobia. In the last scene, Kate is seen interviewing a buyer for the apartment, Simon (Sam O'Sullivan) - he likes it - it seems he, also, likes her. She has no inkling of that attraction, being, maybe, so introvertedly indulgent, that she cannot see beyond her own self. She is left in the apartment, alone, and presses against the wall, metaphorically, perhaps, trying to break through, out, but instead sinks to the ground. Despair, depression is what she has left. No partner, no apartment! The problem may not be the relationship with Adam, or with the apartment, rather, it may be with herself. Her self.

Ms Bodie's THIS YEAR'S ASHES  seen at the Griffin Theatre in 2011, dealt with a young, single woman coping with living in a small Sydney apartment, coming to terms with grief over the death of a parent, and facing the 'urgency' of a possible burgeoning relationship. Letting go, and moving forward, is it possible? A happy woman has no past, while an unhappy woman has nothing else. Can Ellen unshackle herself from her past and move forward? That wonderful play dealt with  matters of some personal anguish that were masked with the glitter of witty, hilarious dialogue, albeit, dark, maybe, even with cynical finger-prints, but with what, we have, over time, come to recognise as the distinctive voice of Ms Bodie - "brutal, insightful and bitingly funny".

HILT is an earlier play (2003), and was previously presented at the Old Fitzroy Theatre, in 2004. This production of HILT, directed by Dominic Mercer, seems to err with an emphasis of the anguish, grief-depression of Kate, and tends to ignore, more often than not, the humorous, comic mask of the relationship, relationships, present in the conversational banter of all the characters. The tension of the human contrast of tones - the 'inner' core and the 'outer' mask of the characters - the tragic flaw covered, hidden, by coping mechanisms is, relatively, lost in this production performance.

It recalled for me, the famous tension of perception between the director, Stanislavsky with his writer, Anton Chekhov. Chekhov declaring and trying to insist that his plays were comedies not tragedies - that they were observations of life - lives, which despite the deep undertows of the psyches of the characters, were, at least, superficially, optimistically, in pursuit of happy journeys, endings.That exquisite, and all too common dilemma between the private and the public 'face', that vibrating tension, which an audience ought to have privy to, in Ms Bodie's play, too, is mostly absent here. This sense of comedy (irony) in Chekhov's works of the relationships between the sexes -both his plays and his short stories; the sexual ambiguities of personal relationships, the examination of the perils of long time commitment found in Noel Coward's surprisingly, revolutionary comic, bitter sweet exposes of human interaction : e.g. PRIVATE LIVES (1930), DESIGN FOR LIVING (1933), even BLITHE SPIRIT (1941); and the dark comic undertones of Harold Pinter's love-plays are all progenitors of some of the world-weary observations and skills of Jane Bodie. And not to have the subtle contrasts balanced in this production of HILT, undersells the 'genius' of the playwrighting.

Mr O'Sullivan handles it best in his two small, intelligent cameos - the hints of the societal comic edge of Ms Bodie's observations, undulating beneath the surface of the obvious actions of the characters, are pulsating in amusing detail. Psychological subtlety is a commanding strength of Mr O'Sullivan's work - remember, his performance in PUNK ROCK, not long ago. (I did have to read the program to comprehend that Mr O'Sullivan was creating two roles - Nick and Simon - the two characters seemed to be too similar [a writing, or, costuming problem?], such, that I didn't visually discern that difference while watching the play, which led to some confusion, for me, in the action of the concluding scene!). Ms Downing, has the measure of her comic opportunities as Clara, but, of course has a much more obvious path, from the writing, to play in - delightfully pert. Mr Multari's Adam has too much obstacle from the forceful 'dark' reading of Ms Aldrich's Kate to be able to fully realise the efforts of Ms Bodie's comic writing, but does well, despite some of the true grain of the writing having been thwarted. Ms Aldrich is deeply committed to her Kate, but has, for me, limited the possibility of her emotional range choices - the comic opportunities not engaged sufficiently.

The spare white design of the apartment by Karen Wood, could do with many, many, more books, and oddly, in this space, maybe, is a little too large, perceptually. The lighting is cool and atmospheric, useful (Alexander Berlage). The costumes, also, by Ms Wood, are character suitable (with reservations about the dressing of Nick and Simon), however, the solutions required for the regular costume changes inherent in the many swift time change demands of the text have not been solved, and may be the cause for the long scene change interludes, which brake/break the musical action of the drama created/expected by Ms Bodie. The planning about those clothing necessities need more design thought, to facilitate a swifter and seamless musical action. Real clothes are not, necessarily, the solution for HILT's storytelling structure - speed of change seems to be of paramount importance.

Recently, reading conversations between the novelist and screen writer, Michael Ondaatje, and the famous film editor, Walter Murch, I have been made alertly aware of that process: the dramatic edit, and so, on viewing the choices of the freeze frame edit, lighting and musical interludes, and their cueing, made by Mr Mercer, (there is no sound design credit), and although there is often a witty comment in the choice of the music and the lyrics, I felt that they seemed not to build the motion of the storytelling, but rather froze it, and because of the number of them, divorced us from the accumulating energy of the writing and its method of storytelling. Often, the edit and light changes needed to come sooner, and the costume changes made faster, and the music, seemingly, less indulged in its aptness - they seemed pragmatic necessities and sometimes, intellectual decisions, rather than dramatically useful ones.

HILT is, as I have said a chamber play, and it is a work by a very interesting and sophisticated Australian writer. MUSIC, another of Ms Bodie's plays is due at the Griifin Theatre, in April, and like this play, worth acquainting your self with.