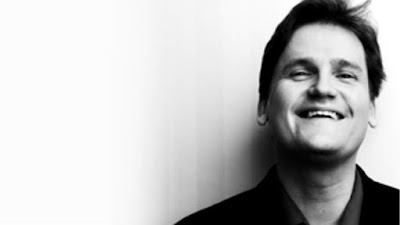 The Australian Chamber Orchestra (ACO) welcomed back Olli Mustonen, "a friend and musical partner of more than two decades standing". In this concert not only is Mr Mustonen the piano soloist of two major and highly contrasting works: JS Bach's CONCERTO FOR KEYBOARD NO. 3 in D MAJOR, BWV1054 and Paul Hindemith's THE FOUR TEMPERAMENTS, but also the conductor and composer of his own SONATA FOR CELLO & ORCHESTRA, which is being given its World Premiere. To conclude the concert, the orchestra with guest lead violinist, Arvid Engegard, presented an arrangement by the orchestra's principal cellist, Timo-Veikko Valve, of Shostakovich's STRING QUARTET NO 9 IN E-FLAT MAJOR, OP. 117.

This concert was one that I was most eager to hear, for all of the music, except, of course, the World Premiere, have been a vital part of my musical history, and have strong resonances to my own artistic appreciation of other arts.

The Bach CONCERTO FOR KEYBOARD NO.3 IN D MAJOR (1733), is one of my favourite works, I was first introduced to it at the old Theatre Royal as an accompaniment to a ballet given by a touring dance company from Winnipeg (!) way back in the early 1970's and fell in 'love', not only with dance but also Bach, its propelling energetics capturing my imagination. This account of the work had a particularly edgy sprightliness from a very precise piano playing by Mr Mustonen, it having a sharpness that caused me to recollect my other encounters with the work, where there seemed to be a smoother, warmer tone to the musical combinations. Whatever the professional differences - explorations - that were going on, my amateur musical ear was arrested enough to note the affect of the choices. It felt as if I was hearing the work anew and was forced 'to compare and contrast'.

The last time I heard the Paul Hindemith THE FOUR TEMPERAMENTS (1940), co-incidently, was also through dance, where it was an accompaniment to the Balanchine 1946 ballet, at the New York City Ballet, two years ago. Hearing this work in concert, with Mr Mustonen, for whom this work is regarded as one of his signature pieces was arresting. Without the distraction and intention of the Balanchine dance and dancers, all focus could be given to the music, and I found it most intriguing and thrilling. In the program notes we are told that: "Hindemith's music is often dismissed as being dry, difficult to navigate, academic and inaccessible. But there is much more to this man and his extraordinary range of compositions. In his book A COMPOSER'S WORLD, Hindemith says, 'We must be grateful that with our art we have been placed halfway between science and religion, enjoying the advantages of exactitude in thinking - and of the unlimited world of faith.' " Born in Hanau in 1895, Hindemith experienced the world events around him with a quelling sobriety: The Great War, the demise of the Weimar Republic and the rise of the Nazis. The work uses the Hippocrates', 'the father of medicine', theory of bodily temperaments, whereby liquids flowing through the body are linked to particular states of human character: melancholic, sanguine, phlegmatic, choleric.

The work is, of course, not as programmatic as that. Hindemith has been, for me, a discovery, a source of great curiosity. While listening to this performance, Mr Mustonen, evoked the imaginative connection I have to the playwright Odon Von Horvath (19001-1938) - particularly his plays: TALES FOM THE VIENNA WOODS (1931) and DON JUAN COMES HOME FROM THE WAR (1938) - and to the German School of painting known as NEW OBJECTIVITY (1919-1933) - Otto Dix, Rudolf Schlichter, George Grosz, Christian Schad, etc - where the heights and depths of the human soul can be found - side by side. Mr Mustonen in his playing and conducting of the orchestra, conveyed vividly the unbalanced and morally febrile dualisms, uncertainties, that one suspects the creative context of this work, and my other references, are seeded from. A  'tonal modernism', Terry Teachout calls it (writing in the journal COMMENTARY), that is usually connected to the innovation brought more famously to our attention through the works of Schoenberg and Webern. I am an admirer of Paul Hindemith's work because of its power to undermine my certainty of my world - forcing me to look, hear and, especially, feel with greater care. The 'science', precision, of Mr Mustonen's playing aligned with his undoubted championing, faith (religion), for this composer was significantly transporting, and underlined, for me, that his reading of the earlier Bach piece was not quite, stylistically, right - my contrast and compare. The approach to the Hindemith seemed acute and wonderful.

I have often, jealously, enviously, dreamt of being witness to the first performance of say Tchaikovsky's PIANO CONCERTO or the FIFTH SYMPHONY, or Beethoven's VIOLIN CONCERTO, or NINTH, the list goes on, and so, although my hearing of Olli Mustonen's SONATA FOR CELLO AND CHAMBER ORCHESTRA, was not its first playing, it was a Premiere in Sydney and conducted by the actual composer. I felt privileged and excited. The cello role was played by Timo-Veikko Valve. Mr Mustonen's sensibility "is born from his 'very Finnish' personal identity", James Koehne, writes in the program notes:


... his sense of place, deeply connected to nature's presence, surrounded by wilderness, but also not far from the settled world. ... The cellist Steven Isserlis describes the Cello Sonata in terms derived from Finland's landscape - as an imagined narrative of passing clouds and thunderstorms, bells that sound out across the valleys, and the diurnal  activity of 'little animals.' [ ... ] There is a sense of connection to the mythic tradition of the folk poets and their evocation of the Finnish national spirit [...] drawing the listener in to an experience that becomes gripping and transforming.

This work was composed for cello and piano in 2006 and dedicated to Heinrich Schiff and Mustonen's version of the Sonata for cello and chamber orchestra was commissioned by the Australian Chamber Orchestra. The scoring of this relatively compact work - 15 minutes, in length - included, besides the orchestra Strings: Flute, Oboe, Clarinet, Bass Clarinet, Bassoon, Contrabassoon, Percussion and Harp, evoking a sound 'bath' evocative of a world filled with the exotica of the Nordic light and mythical/folk rapturings of another country, strange to my cultural heritage, but attractive and seductive. Grieg and Peer Gynt were peeking through my imaginative response and feelings.  Certainly, too, I heard sound influences from Hindemith and, especially, Shostakovitch. Debussy, as well?

The Shostakovich STRING QUARTET No. 9 written in 1964, was arranged for orchestra by Timo-Viekko Valve. A late work of the composer, written in the relative ease of a post-Stalin world during the leadership of Krushchev, it resounds with a resignation to age and wisdom, and a reflective kind of melancholy of time's past. I have a collection of the String Quartets and preferred the sparer sound of the quartet. Prejudice, I guess.


Even a good concert can leave you untouched. To become memorable, I feel it should strive for an experience of transformation, the feeling that you have been taken to another world.' A musical work must undertake a search for something beyond - an experience, a moment of ecstatic revelation or feeling.

This concert did that, indeed.
Posted by Editor at 11:33 AM