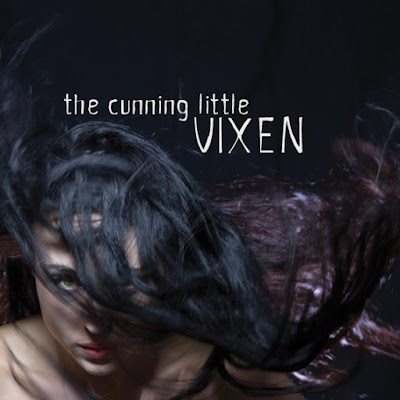 THE CUNNING LITTLE VIXEN, by Leos Janacek, was his last work and premiered in 1924. Opera Australia (or the Australian Opera) have presented it, several times. In this instance, Pacific Opera have secured the sure hands and experienced skills of conductor Alexander Briger to guide and bring it to coherent life, which is no small feat. Says Michael Campbell in his Director's notes:


... One aspect of [the complexity of this work] is the relationship Janacek creates between the natural world, populated by foxes, badgers, dragonflies, birds and frogs and the civilised world with the men and their wives. ...

Maybe, one needs to be a native Czech to be able to follow the tale.


We are really excited by the opportunity this opera presents of collaborating with The Sydney Youth Orchestra and Sydney Grammar School. ... Bringing an opera of this scale and complexity to the stage has been an enormous challenge, not only for the singers, orchestral players, creative and production teams but for the company itself.... Pacific Opera Company is, first and foremost, dedicated to education.

And, there were some 170 young artists involved!

The musical preparation of the young orchestra, and the singers, by Simon Kenway, the Artistic Director of Pacific Opera, is greatly impressive - the level of difficulty is palpable, even to a naive ear such as my own. It is, certainly, those elements, drawn by Mr Briger and Kenway, from these young aspirants, that have a lasting impact, for the staging in this massive hall/cavernous space is a relative 'mess'. For the spatial relationships of the performers created by Mr Campbell, were very difficult to absorb, and, in addition, the singers were, necessarily, microphoned (Sound Designer, John Harrison) giving the added difficulty for the audience to be able to find the voices with their bodies, to be able to focus, to begin to comprehend what was occurring. Alexander Knight, singing The Forester; Sarah Wang, singing Fox and Alexandra Flood, singing The Vixen, make musical impressions. Particularly, Mr Knight.

A ninety minute work, it is played through without interval. Despite the enormous difficulties that the venue offers for the staging of the work, I felt wonderfully excited after the performance - undoubtedly, to hear the score so clearly and beautifully with this very large body of players, created a memorable visceral affect. The sheer excitement of the performers with their concentrated and committed effort was a great thing to witness and admire. I was energised, incredibly, for many hours after the performance. A kind of adrenaline 'high' from the musical talents of the Sydney Youth Orchestra. The music score was beautiful.

To conclude, from the Hon. George Palmer AM QC, again:


We owe a special debt of gratitude to the former Federal Minister of the Arts, The Hon. George Brandis, QC. for a generous funding grant without which this production would have been impossible.

The NPEA in action, already?
Posted by Editor at 10:11 PM