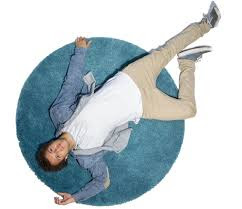 Memory. The tricks of memory. I have recollections of what I believe to be 'turning points'/'defining moments' in my life and each time I replay them, either, mentally or verbally, both in speech and writing, they subtly change - more or less. If that 'point'/'moment' was between two of us, or more, each of us remember it differently, if sometimes, not at all. It is the Rashomon Effect (the Kurosawa film) - where a victim is raped and it is witnessed by a third. The Victim, the Rapist and the hidden Witness can each replay what they remember, what was the truth of the event and, surprisingly, each has a different memory, different focuses of detail, a different truth. What is truth?

What really happened in my past? Is that an authentic memory? Or, has it been embroidered to suit the circumstances of my replaying it? It has changed depending on whom I am replaying it too, and for what reason. When I enjoyed the relative promiscuous life of a single person, being able to 'invent' who I was, who I had become, to each new partner, post coitus, or pre-, sometimes weekly, was an adventure - a literary adventure! - for that story of the replay of my life was adjusted, unconsciously, mostly, ( I want you to believe) to achieve what I wanted to do to, with, that person - scare them off or to keep them close.

This is what this new Australian play, REPLAY, by Phillip Kavanagh, caused me to recollect.


Memory is the key to who we are. Our identity is shaped by the events of our past - our triumphs and our failures, our happiness and sorrow, our pride and regret. But the past is malleable, our memories are constantly reconstructed, and we don't truly remember the major events that shape us, but remember remembering them.
In writing REPLAY, I was driven by the paradox of how our fallible memories can possibly culminate when we are tasked with remembering collectively. How do we form a cohesive record of our shared past? Who holds the power in this remembering? And what happens if we choose to remember things differently.

So why did I feel: Engrossed? Confused? Perplexed? Those three words, mostly, encapsulate my response to this production, directed by Lee Lewis.

Engrossed fully by the committed and good acting from Anthony Gooley, Jack Finsterer and new comer, Alfie Gledhill, as three brothers replaying their lives and collective memories, in the very personal world of a family.

Confused by the very simple (over simple?) and sparse dialogue writing between the brothers, and that then introduced characters, other than the brothers, played by the same actors, without much demarcation. ("Why?", I pondered.)

Perplexed, when the play finished - I felt that the 'mystery' of the play had not been elucidated. I was so perplexed that I even went so far as to read the text to help me solve my nonplussed state, in fear that I had missed something, that I had failed to 'read' something, while in the theatre, missed a 'guide' pointing to a catharsis!

Further, from a later paragraph in the Writer's Notes, that I have quoted above:


The family unit is used as an exploration of how these ideas play out on a personal level (check.), and as an allegory for how larger groups form records of their past. (uh?) As a nation, say, how we remember our past has profound implications for our present and our future. (uh?)  How is it still our collective choice that January 26 is a day of national celebration? How is our relationship to ongoing wars informed by our annual invocation of the ANZAC spirit? If we can challenge the way we shape these past events, through the manner of their communal remembrance, we might be able to forge very different present identities for ourselves, leading to very different futures.

So, that is what I missed in this production - the guiding point to see this play as more than a family mis-remembrance and reconstruct of memory, but also as an 'allegory', representative of a nation's mis-remembrance and reconstruction? Of the celebration of January 26, Australia Day, for instance? Or of war and ANZAC Day? That this play was meant to be, also, an allegorical challenge to those accepted notions? Is that why I felt perplexed, an absence of catharsis, at the play's end?

And you know, when I studiously read the play, post-performance, I still missed the allegorical guide points - it was still a play only about a family of three brothers replaying three different versions of a shared memory. Ms Lewis, who Directed, says in her Notes to the production:


There is a gentleness in this play that does not so much interrogate as examine, that does not expose but reveal. Generationally, Phil has grown up in a world where deconstruction is the norm - it stands to reason that this new age of writers will seek to build as their revolution.

And that may be the mission of both Mr Kavanagh and Ms Lewis "to build", to "re-construct", a nation after so much "deconstruction", and I, too, believe it is part of the responsibility of the Arts, not just to reflect society or criticise it or satirise it, but to make it. However, that is not a clearly expressed ambition in the text of REPLAY as it stands, either in the writing, or the production. It may be an intention expressed in the Notes to the Production by the Writer and the Director, but the play we watched told a personal family story - and not of a nation's story in any allegorical guise, that I could grasp. Is it a wishful thinking on the part of the Writer and Director, in the 'invigorating conversations over these past three years' in the development of this play, "dreaming what the play could be"? - merely a shared memory?

The Design is a straight forward comfortable room Designed by Tobhiyah Stone Feller, that shifts locations principally, through the dramatic and dynamic Lighting Design of Benjamin Brockman. The Sound Design by Daryl Wallis is clever in its intimation of rewound tape sounds to accommodate the replay of memory - inventive and supportive as usual, not to be underestimated in its value to the production.

REPLAY, at the SBW Stables Theatre for the Griffin Theatre Company, introduces a writer of promise and one is 'baited' to see what he produces next.  But REPLAY, is only a partially realised intention of Mr Kavanagh's and Ms Lewis' Notes in my experience. I keep remembering my first experience of  Harold Pinter's OLD TIMES, and of Kate, Anna and Deeley, and wonder if I was just as perplexed at its ending. These two plays are working in similar territory with their content, but have very different skills in delivering it.

REPLAY, puzzling, but worth a look, I reckon.
Posted by Editor at 11:29 PM