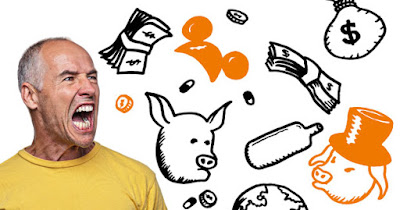 Theatre Eccentrique with the Old 505 presents the Australian Premiere of I'D RATHER GOYA ROBBED ME OF MY SLEEP THAN SOME OTHER SON OF A BITCH, by Rodrigo Garcia, at the Old 505 Theatre, Eliza St, Newtown. 22 August - 2 September.

I'D RATHER GOYA ROBBED ME OF MY SLEEP THAN SOME OTHER SON OF A BITCH, is a fifty minute monologue by Argentinian-Spanish artist, Rodrigo Garcia, in a translation commissioned by Cartwright Productions.

Directed by Anna Jahjah, Gerry Sont gives us a monologue from a dissolute father who attempts to re-direct his two young sons (the youngest is a feisty six year old) away from the capitalistic lures of Disneyland Paris and have them smash a window into the Prada, with him, to see, at night, Goya's Black paintings.

Accompanied by Sister Ursuline, a vocalist with an electric cello, Mr Sont leads us into what feels like a very European experience in its writing and subject matter.

While not altogether whole as yet it was a very interesting time spent in the theatre to meet a new voice, Rodrigo Garcia. He runs a theatre company of his own in Spain: La Carniceria Teatro and has a prolific output. The title of the piece is arresting enough to attract attention to further work by this writer.
Posted by Editor at 8:45 AM