A Pacifist's Guide To The War On Cancer 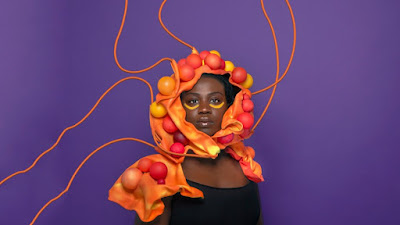 Seymour Centre presents a Complicite Associates and Bryony Kimmings Production, A PACIFIST'S GUIDE TO THE WAR ON CANCER, by Bryony Kimmings, and Brian Lobel with Kirsty Housley, in the York Theatre, at the Seymour Centre, City Rd. Chippendale. 22 March - 29 March.

A PACIFIST'S GUIDE TO THE WAR ON CANCER is a play work constructed around the journey of the writer, Bryony Kimmings, who had been commissioned by Complicite Associates, an arm of the internationally acclaimed theatre company Complicite, to develop a work around the subject of cancer.

In the show, Ms Kimmings, with a micro-phone introduces, briefly, herself and her back story and the company of actors working with her: Eva Alexander, Gemma Storr, Lottie Vallis, Lara Veitch and Elizabeth Esguerra. Then she takes us on the journey of research for her show. Meeting people, reading books etc.

A quote from Susan Sontag:

Through humour, song and conversation we are given the do's and do not's when dealing with friends and self if and when we are in the kingdom of the sick. We are introduced to a member of the company, Lara Veitch, who has inherited a rare genetic disposition towards cancer: Li Fraumeni Syndrome, and via her example are taken to learn of the journey from a first hand eye-view. Intertwined with this journey is Bryony's personal journey to the kingdom of the sick with her sick boy, Frank. The tone of the performance shifts into a serious contemplation that then moves into a kind of group therapy session that involves the audience. A prepared member of the audience takes centre stage and shares/reads of her personal journey with cancer and then we are all invited to remember, to name someone that we have ushered through the travails of the kingdom of the sick.

A PACIFIST'S GUIDE TO THE WAR ON CANCER is a very confronting proposition for the audience and one either takes the journey comfortably or otherwise. It did leave many disturbed, some positively, some restlessly irritated, some angry. This performance is not a pacific guide at all, it is a subtle drawing to a psychic confrontation - whether a public space such as a theatre is the right place to do this  in, will be a matter of debate amongst yourselves.

Says the writer/performer in her program notes:


This show is the true story of trying to write a guide that allows cancer to be hard, painful and lonely and shit.

N.B. That The Sound Design, in the York Theatre, was extremely difficult for some of us - at least those of us sat on the outer edges of the seating space. We talked about it after the performance - just to check we were not going deaf. Even though all the performers were micro-phoned we were able to hear, clearly, less than 50% of what was been said - a gist was what we heard.
Terrible.
Posted by Editor at 12:02 PM