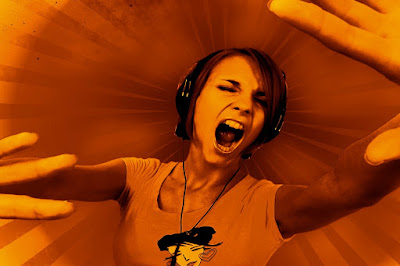 This production of SILENT DISCO, by Lachlan Philpott is a revival. It was first presented in Sydney at the Griffin Theatre in 2011 in a production directed by Lee Lewis.

Lachlan Philpott is an Australian playwright that, generally, talks of the community of the underprivileged underclass. In SILENT DISCO, the focus is on the story of Tamara (Gemma Scobie), an intelligent young adolescent handicapped by the surrounding environment of a 'broken family', and poverty, coping with a struggling school system, her ill single father, Laurence (Brendan Miles), and the hormones of middle teenage growth exploding in a doomed infatuation with school fellow, Jason/Squid (Badaidilaga Mafthu-Flynn). No matter the promise of her short story writing and the encouragement of her teacher, Mrs Petchell (Leilani Loau), Tamara makes reactive choices to her surroundings that shatters many lives about her.

The linguistic poetics of Mr Philpott's work - e.g. COLDER, TRUCK STOP, THE TROUBLE WITH HARRY - is the genius of his gift. It is also the challenge for the Actors and the Director.

This superlative writing is, in this present production at the New Theatre, met with inadequate Direction from Johann Walraven who has undercast the roles of his responsibility with actors without, it seemed, the experience or skills, to create the characters, to tell the story with effective clarity, or, especially, to relish the language of the text. It is, mostly, gabbled recited quiet naturalism that flattens the play of its dramatic tensions or kinetic interest.

What one takes away from this production is the grave disappointment at its failure to lift the play from the page to the stage.

Mr Philpott is, in my estimation, the dramatic poet of contemporary Australian playwriting. This production of SILENT DISCO, generally, underestimates the high demands of care it requires for it to be revealed.
Posted by Editor at 12:09 PM