Wyrd - The Season Of The Witch 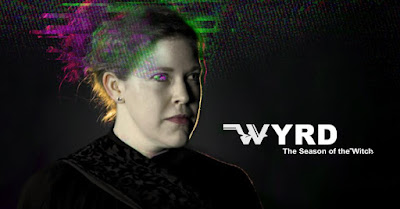 Ninefold present WYRD - The Season of the Witch, Devised by the company, Ninefold, at The Pact Theatre, Erskineville. 31st October - 3rd November.

WYRD - The Season of the Witch, is a new Australian work devised by the company Ninefold, under the Direction of Shy Magsalin, inspired by the Suzuki Method of Acting Training. It has an intense physical centre married with an intellectual approach to text. Ms Magsalin has worked and trains regularly with the Suzuki Company of Toga (SCOT), Japan, and through her further training at the University of Western Sydney has been exploring the form and content of MACBETH.

The ensemble's relationship with MACBETH began in 2013 with their project: MACBETH: 9 SCENES REHEARSED. This version of the project , WYRD, has been almost 2 years in the making and has been specifically assisted by an atPACT Residency. atPact is for companies exploring new ideas, new performance platforms and new forms of audience engagement.

The discipline and the dramatic power of the physical commitment of this ensemble: Erica Josephine Brennan, Aslam Abdus-samad, Paul Musumeci, Gideon Payten-Griffiths, Melissa Hume, Shane Russon, Jessica Saras, Tabitha Woo, led by Victoria Greiner, as Our Lady, is in a mesmerising state of embryonic potential. The movement techniques and expressions (dance) for the storytelling are beautifully conceived and executed, if not, yet, completely, seamlessly owned by all of the performers. But, vocally the instruments are not all equal and whatever the hard work of the vocal coach, Amanda Stephens Lee, it remains the weak link of the project development.

This story places The Lady Macbeth in a push and pull collusion with the Wyrd sisters. The textual spoken adaptation is pure Shakespeare cut-up and diced for the company's own focus and concentration - well done - to follow the arc of the human tragedy whilst, also dialling up the 'volume' of the horror.

Victoria Greiner has the focus, charisma and stylistic bravura to hold the centre of this work steadily - her vocal work and physical vocabulary is disciplined and always meaningfully possessed. Great and easy to watch. She is well supported by all, especially Ms Brennan as Wyrd One (watch her stunning physical finish). Ms Woo, too, is a physical dynamo. Mr Russon gives real gravitas and language clarity in his well focused offers.

The atmosphere of the witch craft and magic spells, the horror of the world of the play, is enhanced magnificently, by the Music soundscape of Melanie Herbert - exciting to hear and provoking in its sensitive details The Design by Victor Kalka: Set and Costumes, is stylistically simple but most effective, the Lighting by Liam O'Keefe supplying visual tension and atmosphere galore.

The black magic incantations - led by Hecate and her sisters are often edited out of the play - coming from the well lit circle of these players, had me comprehending the superstitious power that this play has emanated throughout the centuries. The infamous curse of the play of Macbeth awesomely respected by most thespians, may well, indeed, be true. That we were seeing it on Halloween Eve heightened the effect even more!

WYRD - The Season of the Witch, is a very rewarding hour in the theatre. Crammed with a dense amount of hard work - clearly, the physical training has been intense; , however, the vocal training needs the same commitment in time, focus and discipline. It is a very brief season exposure but well worth the effort to catch.

The last time I was at the Pact Theatre was to watch the SheShakespeare version of MACBETH. Last time it was a difficult couple of hours, this time Ninefold has a work inspired by the MACBETH play that merits your attention and appreciation. It is on the cusp of 'greatness'. I recommend it.
Posted by Editor at 9:37 AM