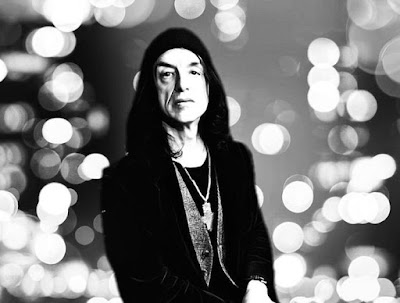 Oscar Wilde's DE PROFUNDIS, performed by Paul Capsis, a theatrical event not to be missed. So, a group of friends (from the local neighbourhood around the theatre) booked seats and had some food at the Hotel restaurant and eagerly entered the theatre.

DE PROFUNDIS (Latin: from the depths), the title created by his most devoted friend Robert Ross when it was published in 1905, five years after Wilde's death, is, possibly, the last writing by Oscar Wilde. He wrote it toward the end of his imprisonment in Reading Gaol,(having been found guilty of Gross Indecency), between January and March, 1897. The poem/letter was written one page a day, which was then taken from him and only at the end could he read it over and make revisions. The letter which was addressed to Lord Alfred Douglas, his ex-lover, known as "Bosie", but it was not permitted to be sent, although it was given to Wilde in tact on his release. Bosie had not contacted Oscar at all during the five year length of his imprisonment - not once, in any manner.

The Director of this project at the Old Fitz, Dino Dimitriades, told us in a preamble before the performance that it is some 50,000 words and if done in its entirety, it might be 6 hours in the theatre. Mr Capsis and Mr Dimitriades, though, had edited the work down to some 15,000 words and presented the work of a 90-minute length, with an added interval.

The original is in two parts. The first half is a recount of Wide's previous relationship with Douglas and their extravagant lifestyle, indicting Douglas for his vanity (and demands) and himself for his own weakness in acceding to those wishes. The second half Wilde 'charts his spiritual development in prison and identification with Jesus Christ. [...] The letter began "Dear Bosie" and ended "your Affectionate Friend". Wilde wrote, "I don't defend my conduct. I explain it [...] Also in my letter there are several passages which explain my mental development while in prison and the inevitable evolution of my character and intellectual attitude towards life that has taken place ...."

We are taken into the black cavern of the Old Fitz stage with an ugly 'deal' table and wooden chair centre, dimly lit, on which was a glass jug of water and a tumbler glass. Mr Capsis dressed simply in a comfortable contemporary deshabille that was respectful with a slight appropriate glance of a period feel, entered with a copy of the text in his hands, donned his spectacles, and read their edited version of the text. This was a reading. No attempt to learn or inhabit Wilde - it was simply a reading.

Unfortunately, Mr Dimitriades permitted Mr Capsis to find idiosyncratic patterns of tonal scoring that were more musical than a clear statement of the information in the line and so, it became boringly repetitional in its repeated pattern of tonal 'noise' and led us to a detachment from the intellectual content and composition of the Poem. It was a disappointing experience. If one really persisted in listening and penetrated to the word content and ignored the musical obstacles of tonal inflexion created by this artist, what one could take from this theatrical event, at least, was that Wilde was certainly, "The Lord of Language". It was an encouragement for us to find a copy of the text and read it at our leisure at home. It was the wealth of the language that sustained one through this work that, otherwise came to be a (slight) trial  to endure.

Love does not traffic in a market place, nor use a huckster's scales. Its joy, like the joy of the intellect, is to feel alive. The aim of Love is to Love: no more and no less.

Yet each man kills the thing he loves,
By each let this be heard.
Some do it with a bitter look,
Some with a flattering word,
The coward does it with a kiss,
The brave man with a sword!

Suffering is a very long moment. We cannot divide it by seasons.

For us there is only one season, the season of sorrow ...

Much else to savour. Read the text.