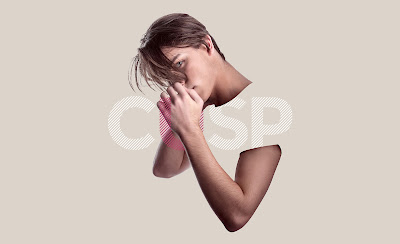 CUSP is a new work by Mary Anne Butler. It has taken three years of discussion, development and rehearsal which included two weeks of that development - one week in Darwin and another in Sydney - with the writer, director and actors to find manifestation in a theatre.

It is a quasi-poetic play that uses an abundance of 'lists' to achieve this - true to our Elizabethan and Jacobean forebears and their example. We meet three actors playing three young Northern Territorians at the cusp of having their life cycles moving from the teenage metamorphic to the young adult evolution. The opportunities for the evolution are spare in the play's world and are complicated by the tentative fragility of the young adults in this environment for it to be able to be realised.

In virtually, what is written as a monologue, Maddie (Stevie Jean) travels through - recalls - an early innocent sexual experience which results in a pregnancy that she faces alone, that thereby hampers her relationships and circumstances in her daily progress for a secure future. No matter her potentials, Maddie is 'trapped'.

The other writing of the play, interwoven with the monologue of Maddie's, is a duet between Elvis (Josh McElroy), an explosive young man with 'anger management' issues who has been attracted to Rosie (Nyasha Ogden) since school days, she having the intellectual promise to be offered educational opportunities that will take her away, interstate, with a certainty that it will liberate her potential as a positive contributor to her community. It is the story of the attractive animal brawn of the unleashed 'alpha' male meeting the sophisticated brain of a liberated woman full of heart. It is the battle of the tension between the sexual physical allure of our animal instincts and the sophistication of the 'gift' of reason that our species has inherited.

Neither of these stories are unfamiliar in performance literature  (Contemporary plays and  screenplays) and none of these characters or their treatment in CUSP are a revelation for us - we have been here before. Their familiarity and the playwriting choices of typicality hamper our interest  to the storytelling.

Josh McElroy, as Elvis, certainly has the dynamic skills, energies and physical attractiveness to jolt one into attention to regard this young man with an initial interest. However, as the play (90 minutes without interval) 'rockets' on, Mr McElroy finds little nuance to character insights and little opportunity to reveal the inner causes of Elvis' limited behavioural patterns - it is all an overwhelming bombastic temper expressed with a convincing and fierce noise and physical presence that gives little entrance to an inner life of motivational justification and limits any chance for us as an audience to give open empathy.

The young (attractive) actors playing Maddie and Rosie are limited in their experience as performers, as storytellers. Their artists' skills are not sophisticated enough to move beyond saying the words with a 'pretended' emotional state - they both 'understand' the character's dilemma and can, intellectually, see them but have none of the necessary actor's skills to truly inhabit them. It is, in actor's parlance, that they are playing "her" rather than identifying the character as "me". They sit outside the young women that the writer has written. They remain immature actors speaking a text rather than authentically experiencing the emotional journey of the characters.

It seems the Director, Fraser Cornfield, has not been able to draw from his actors the way to reveal the truth of Ms Butler's characters journey.

The performers skills limit the audience's ability to engage fully in the play.

The production design, by CJ Fraser-Bell, is mostly made up of gleaming metallic boxes, set in a black background void, that can be moved to create shapes and intimidate with clash of noise to support the elements of the violence in the play. The Lighting Design from Jessie Davis supports the atmosphere of the story and is assisted with the Sound Design by Brad Fawcett.

CUSP is a contribution to the artistic goals of the Australian Theatre For Young People (ATYP).
Posted by Kevin Jackson at 7:42 PM